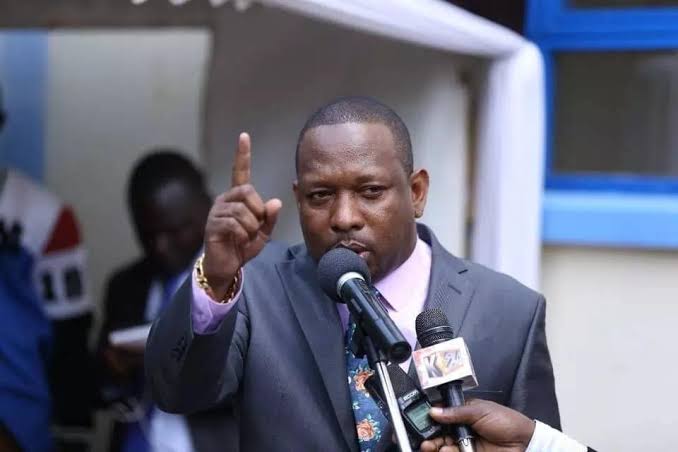 Governor Sonko’s rescue team had sued the Interior PS Karanja Kibicho and state agents from demolishing sanitising booths in Nairobi. In a public spat, Sonko had alleged that his booths which costs Sh400,000 each and which he gave freely, had irked city cartels whom had plotted to rip off the state with bloated prices.

High Court has now issued cease orders on the demolitions of the structures that the Governor has started putting up across the city.

According to the suit papers, Kibicho directed Nairobi regional commissioner to remove the booths from Kencom stage, Buruburu and Kibera, which the rescue team put up as part of its charitable objectives.

Sonko’s team had already engaged in heavy food and sanitization materials distribution in Nairobi but were however stopped as government moved in to have a coordinated distribution link.

As the wars between the Governor and the PS escalates, Sonko has vowed to move on with his philanthropic mission.

”Despite the ban of rendering essential services like fumigating of our estates and slums, distributing foodstuffs to the needy families, giving free masks and sanitizers to the public and erecting public sanitization booths and as we wait for the constitutional court’s outcome in an application we lodged in court yesterday, today we have decided to defy the directive by the PS interior Karanja Kibicho through the RC Nairobi Wilson Njega.” Sonko said in a statement.

“SRT as a recognized NGO will go ahead to donate foodstuffs to the great people of Nairobi from Githogoro Slums ,Karura ward. Let them come and arrest us. Punda sasa imechoka kama mbaya wacha iwe mbaya ata President Uhuru before akuwe Rais alipigwa teargas na the same police while defending hawkers in Nairobi. And that time instructions were issued by senior officers at the OP who were also drunk with power.” He continued.

Related Content:  National Police Service Responds To Clip Of Reckless GSU Recruits
Kenya Insights allows guest blogging, if you want to be published on Kenya’s most authoritative and accurate blog, have an expose, news TIPS, story angles, human interest stories, drop us an email on [email protected] or via Telegram
Related Topics:
Up Next

Rep. Ilhan Omar Comes To The Rescue Of Journalist Harun Maruf On Being Labeled Threat To Somalia’s Security