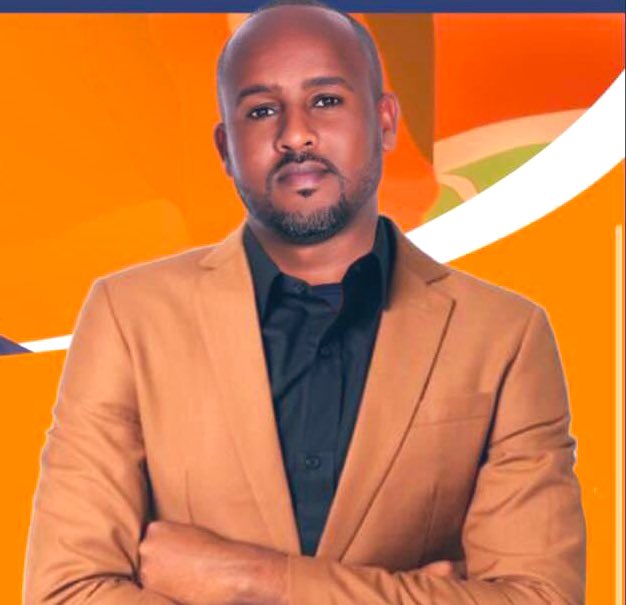 Azimio La Umoja camp in the Nairobi County Assembly is currently faced with trouble that threatens to cause a split ahead of the speaker’s, majority leader elections scheduled to take place when the first sitting is convened.

Sharp divisions are already arising particularly in the ODM camp where two candidates eyeing the lucrative majority leader position South C ward MCA, Abbas Ibrahim Khalif and others in Azimio who’re  are marshaling their bases to clinch the position.

Abbas says that he’s best fitted for the position and already has assurance of the support from 33 members of the assembly, a number that if materializes, guarantees him the position.

His candidature is further strengthened by his teaming with former Kware MCA Ken Ng’ondi who’s going for the speaker’s seat. It’s reported that Azimio leaders have given Ng’ondi the blessings which would made the duo stronger in the race.

Critics are complaining that Abbas doesn’t fit the docket of majority leader citing integrity issues that him and further saying he’s using his deep pockets to buy himself through.

”He doesn’t meet the integrity threshold of ODM to occupy such a high seat that needs clean hands and strong heart to battle given that UDA has the governorship. Azimio needs a ruthless leader with untainted image and high level of integrity to check Governor Sakaja.” an MCA who spoke off the record told Kenya Insights.

The businessman who’s a son to Sheikh Khalifa of Diamond Wholesalers, who was also the biggest distributor of Mumias sugar during Kidero’s time in the firm, has the wide web of friendship with then city governor to thank for the ‘blessings’. Here’s is something about Sheikh Khalifa and his involvement in controversial occupation of land in Eastleigh from years back.

Abbas is also said to have continued enjoying City Hall privileges by knitting ties with Sonko’s regime and won garbage collection tenders amongst others. His close relationship with then majority leader Abdi Guyo whom he plans to succeed and now the Isiolo governor, causes jitters with claims that they weren’t clean. Guyo was mentioned in numerous scandals at city hall and was severally linked to the top of cartels eating up the county.

The suspect at the centre of the suspected fraud was identified as Yunis Ibrahim Khalif in a scheme that involved tenders on garbage collection where street children were listed as the beneficiaries.

Other contracts, according to the FRC, involve the supply of Covid-19 kits and road construction tenders.

The suspects were being investigated on allegations of abuse of office, embezzlement, and violation of procurement laws in what is suspected to have been allegedly aided by Guyo.

One of the companies, Flexilease Limited, which received Sh1.1 billion from City Hall is linked to Khalif, according to the documents.


Other beneficiaries have been identified as Capital Waste Management that received Sh58 million, Sifa Cleaning and Bins Services Limited Sh51 million, and Buko Developers Limited which was paid Sh4 million.

Related Content:  US Intelligence Warns Americans Against Using Huawei Phones Over China Spying And Kenya Should Catch A Cold

According to the report, Yahya Ibrahim Khalif, Yunis, Hassan Ibrahim Khalif and Yusuf Maina are listed as directors of the companies.

“It is likely eight entities belonging to Yunis Ibrahim Khalif and eight associates engaged in a violation of procurement laws at Nairobi County between April 2017 and October 2020. The entities received payments totaling to Sh1.3 billion from the Nairobi County government for garbage collection and supply of Covid-19 personal protection kits which was not in line with their business profile. There is no evidence the entities paid taxes for the payments received,” the investigation report reads.

According to the FRC, Khalif and his business associates are suspected of using 10 entities related to them to receive millions of shillings from the Nairobi County government and the Nairobi City County Alcoholics Drinks Control and Licensing Fund (NCCADCLF) for garbage collection services and supply of Covid-10 personal protection kits.

An investigation by the Ethics and Anti-Corruption Commission (EACC) revealed that between April 2017 and October 2020, accounts related to Khalif and his proxies cumulatively received Sh1.284 billion from City Hall.

Out of the Sh1.284 billion, EACC claimed that Sh1.24 billion directly benefited Khalif, either through payments to his own entity accounts or transfers making him the beneficial owner.

Flexilease incorporated as a company on June 4, 2013, received in excess of Sh982 million between January 2019 and October 2020 in its DTB Account from the Nairobi County government as payments for garbage collection contract for the 2018/2019 financial year.

The funds were then utilized through internal bank transfers totaling Sh713 million to the accounts of Abass, Yusuf and a joint account for Yunis and Amina Ali Bulhan. Cash withdrawals totaled Sh132.5 million while cheques to Ibrahim Khalif amounted to Sh26.4 million.

On the other hand, the firm’s Coop Bank Account received Sh122 million between February and May 2018, where cash withdrawals totaling Sh119.6 million and transfers totaling Sh6.5 million to Hass Petroleum account at Standard Chartered Bank.

The fund would then be wired to Yusuf as Sh35.7 million in cash withdrawal, Sh8 million as internal transfer, and cheque payments of Sh20.2 million.

The report further reveals that Buka Developers, registered in 2012 with interest in real estate, received Sh4 million from NCCADCLF on July 21, 2020, for the supply of 2,942 packets of medium examination latex gloves at Sh1,360 per packet.

The funds were utilized through an internal funds transfer of Sh4 million to related company YH wholesalers limited on July 29, 2020.

From the payment, Sh2.1 million went to YH wholesalers, Sh800,000 to Asmara Ventures and Sh900, 000 to an influential Nairobi MCA from North Eastern.

Asmara Ventures which was incorporated on 13-032017with company registration number PVT-AAAEHV5.

Its director is Abdikadir Mohamed Gurow.

Saffa Construction, registered in June 2019, received Sh10 million from NCCADCLF on July 23, 2020, for the supply of 8,000 bottles of alcoholic hand sanitizers at Sh1,250 per 500ml bottle. Sh9 million went to YH wholesalers owned by Yunis.

However, the money trail did not end there as the liquor board on July 20, 2020, instructed Cooperative Bank to enhance the internet banking transaction limit from Sh5 million to Sh30 million, an instruction signed by Julius Matekwa, the board accountant.

Its director is Yahya Ibrahim Kalif.

According to the registrar of companies, its registration number is PVT-GYU3E3K.

Interestingly, the following day, Sh69 million would then be transferred to Buko, Yassil, Asmara, Saffa, Msafiri, Touch Down Tours and Kemanan Enterprises with payment to Touch Down registered as for travel package to Dubai from August 17 and 24, 2020 for the board members on a benchmarking tour of rehabilitation centers.

“The funds were utilized in structured cash withdrawals totaling Sh3.9 million and a transfer of Sh250, 000 narrated as college fees payment. There was no evidence of payment to an airline to facilitate the travel to Dubai. Notably, none of the board members travelled outside the country as indicated in the supporting documents for the payment to Touch Down Tours Limited,” said FRC.

In the concluded election campaigns, Azimio’s candidate Polycarp Igathe stated that business in Nairobi had been captured by a powerful cartel of 3 individuals, comprising of former County Finance Officer Mr. Sahal, Mr. Abass Khalif (South C MCA) and the leader of majority Nairobi County Assembly Abdi Guyo who is currently the Isiolo County. Mr. Khalif is also eyeing the position of the leader of majority in the county assembly, likely to further entrench the cartel according to his critics. The funds stolen from Nairobi County were likely  funneled into their respective political campaigns.

At the time, it was an open secret that a supplier who wanted to be paid for goods and services had to visit Mr. Sahal at the Reata Hotel in Milimani. Mr. Sahal and several businessmen, majority from a particular community, linked to the ghost supplier companies that regularly got paid from the county purse had set up permanent office at the hotel, frequently taking official county business meetings in the premises. It is from this unofficial office that Mr. Sahal and his associates decided which suppliers will be paid.

The entrance fee to join the payment list has been revealed by several suppliers to range between 20-30% of the pending bill. The money was allegedly collected under guise as a kick back to the ‘mkubwa’ Gov. Kananu but it has been confirmed through further investigation that this money was shared between Mr. Sahal, Mr. Khalif and Mr. Guyo.

As genuine suppliers await payments, the county capture machine continued to exercise their parallel payment system that funnels billions to corrupt businessmen from a particular community who supply nothing. Most NMS projects namely roads, pavements and hospital pending bills couldn’t be paid due to diversion of funds by the former finance officer, Mr. Sahal. MCAs from several wards in Nairobi have also expressed frustrations after their Ward Development Funds were diverted by Mr. Sahal ,even after he was transferred from the finance docket, as he demanded huge bribes and kick-backs.

The result is a class of disgruntled genuine supplies and a county administration crawling undignified to its death. Several staff have confessed to increasing delays in salary payment as the funds are diverted through Mr. Sahal and his cartel’s illegal parallel system into private pockets. Letters and documents in our possession, including a sworn affidavit by the Comptroller of Budget, show that county funds are repeatedly diverted by Mr. Sahal. The diversion of staff deductions, salaries, imprest, allowances and arrears has crippled the administration from conducting its duties.

A long list of critical services including medical insurance, KRA pending bills, KPLC pending bills, vehicle insurance (including for emergency response vehicles such as ambulances and fire engines) among others have similarly not been paid. The desperate conditioning has led the county staff to the brink of strike, not helped by the environment of intimidation and bullying instilled by the county capture machinery.

Despite the allegations, Abbas has equally attracted support from many who’re vouching for him.

If the chance of majority nocked the door then abass khalif should be counted in he’s a great leader who’s down to earth and can work closely with all elected members of county assembly, He can bring the lost hope of nrb county assembly back.

To those who are lobbying for @RobertAlai i want to make it clear for you guys that the position of majority leader must go to the mature and respective leader like abass khalif who’s down to earth and lastly who can work with any elected governor.