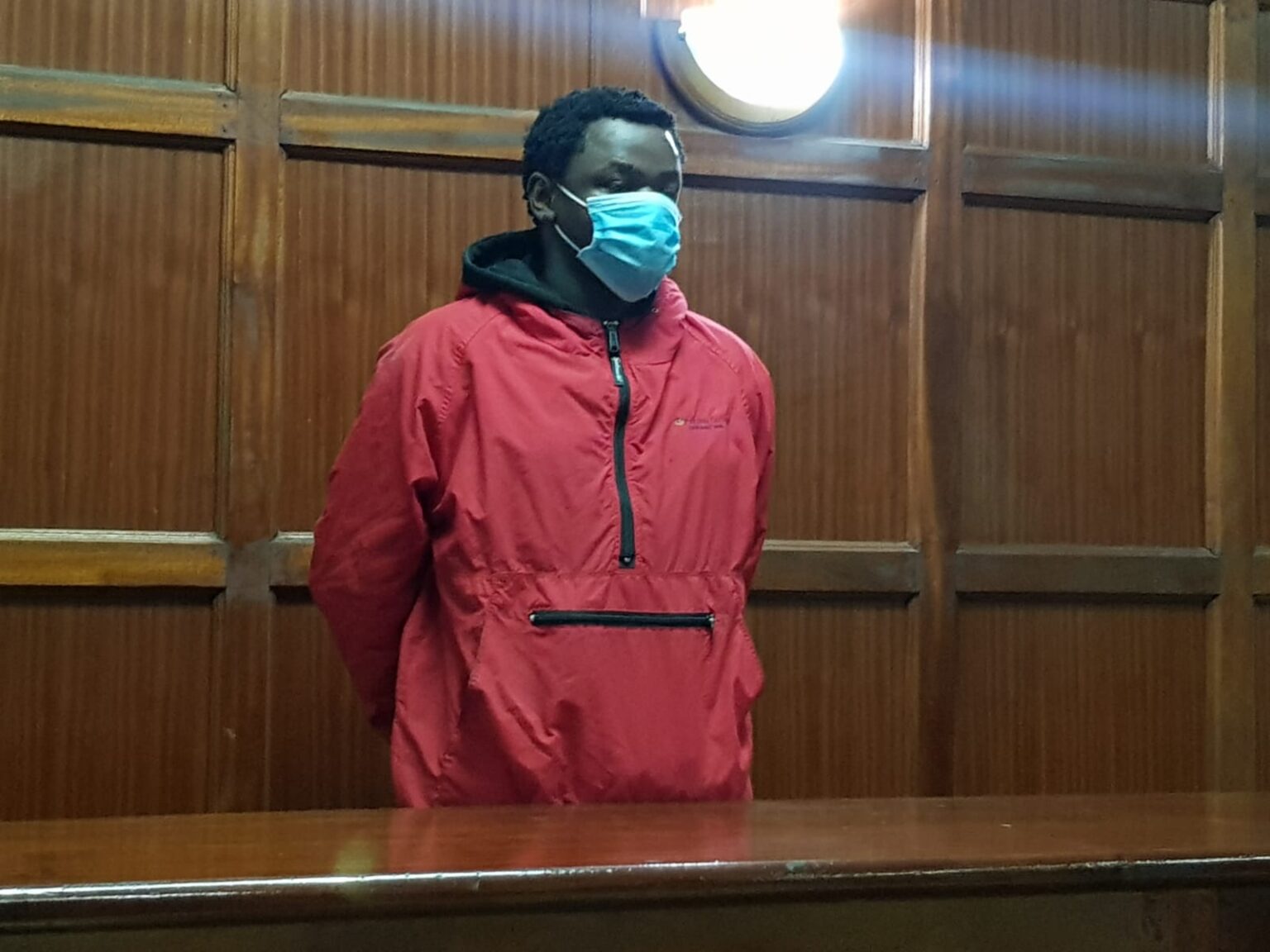 Emmanuel Bwire, a third year Kenyatta University student is said to have an affinity for the finer things in life, little did he know however that an attempt to live beyond his means through alleged fraudulent ways would land him in trouble with the law.

According to court documents, the accussed who was arraigned before Chief Magistrate Wendy Micheni is said to have used fake M-pesa messages as proof of payment for food and drinks worth Sh 189,000 from a city hotel.

The 24 year-old is said to have on diverse dates between December 13th and 16th 2021 at Hill Park Hotel in Nairobi made the order for the goods to be delivered to his house.

“He ordered drinks worth Sh 28,100 and a delivery fee of Sh 2,000,he requested the waiter to furnish him with the bill so that he can pay through Mpesa,the hotel did not see the message since their Mpesa mobile phone had issues” read the report in part.

The court was told that the hotel’s security personel and a waiter delivered the food and drinks and were later shown the messages as proof of payment.

The following day, the accussed is said to have done the same as this time he ordered drinks and food worth Sh 47,000 and then proceeded to show M-pesa messages for payment.

Shocklingly, he did the same thing on the third day allgedly paying for goods worth Sh 51,600 inclusive of transport costs.

“The delivery person asked the accused to allow him take a photo of the Mpesa Message which he did.,” the court was informed.

A neigbour to the accussed is said to have approached the delivery person and warned that the ‘customer’ was a fraud.

Upon arriving at the hotel to confirm whether payment was done, it was established that the money was not remitted to their account. A check on previous payments also revealed no M-pesa messages were ever received to prove payment had been completed.

On December,16,2021, the hotel’s accountant sought help to trackdown the accussed and surprisngly, he made another order, this time amounting to Sh 61,000.

Little did he know however that his latest order would be his undoing.

Police accompanied hotel staff to his house with a fake order and the accussed was arrested.

He is again said to have presented fake M-pesa messages before realizing that police had figured out his tricks.

Bwire pleaded not guilty as he sought leniency from the court.

He further accussed police for holding him for more than 24 hours with a  defective charge sheet against his rights.

He was released on a Sh 50,000 cash bail before a hearing for the case is set.

Petition Filed For The Removal Of Judge Anthony Mrima