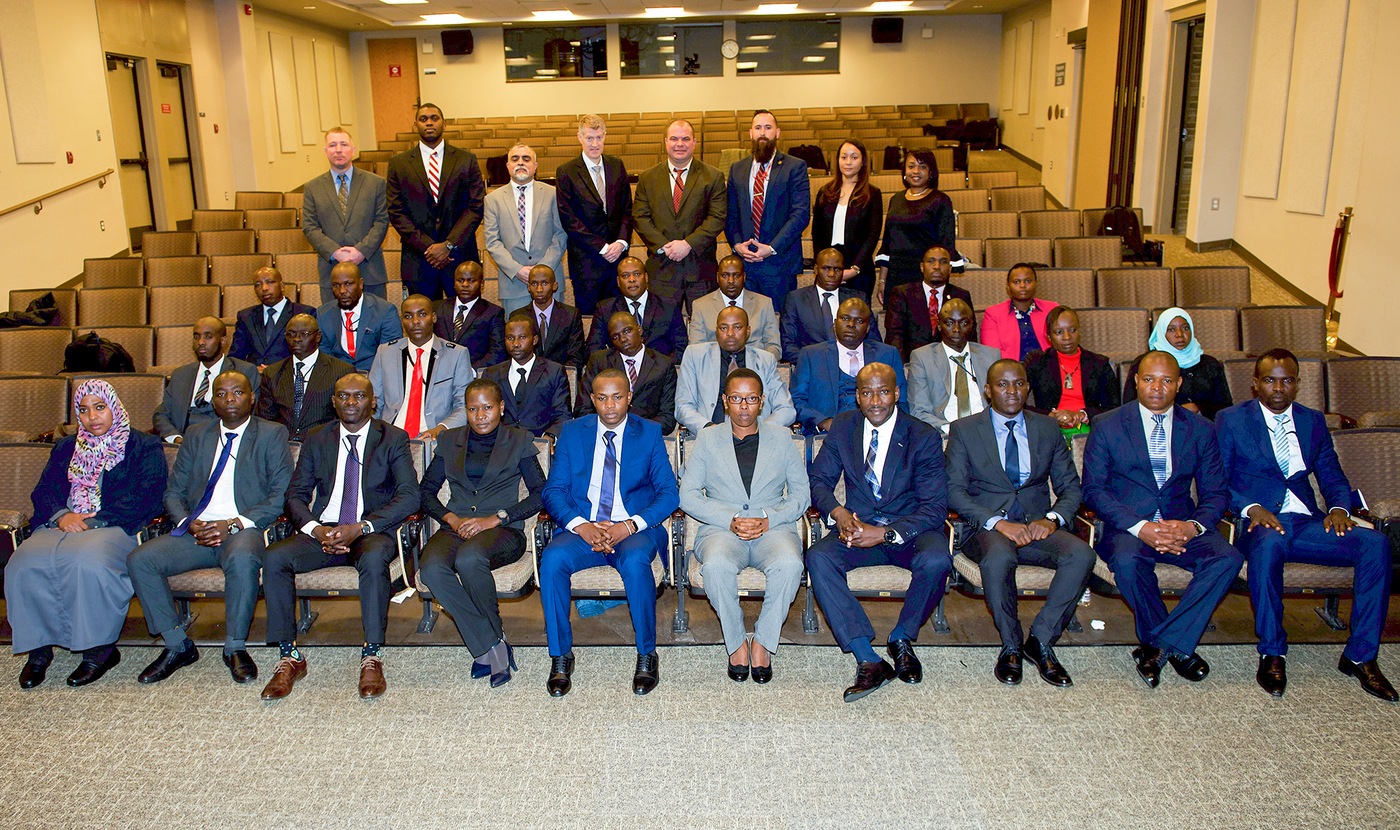 Kenyan police and intelligence officers attending at a counterterrorism training at the FBI Academy in Quantico, Virginia, in preparation for a new Joint Terrorism Task Force in Nairobi.

The White House meeting on 14 October 2021 between Kenyan President Uhuru Kenyatta and his American counterpart Joe Biden is already bearing fruit, with cybersecurity experts from the FBI shortly due to arrive in Nairobi. These emissaries will be tasked with training their Kenyan counterparts from the Directorate of Criminal Investigations (DCI).

Following his visit to Washington, the Kenyan head of state instructed his interior minister Fred Matiang’i, his secretary of state Karanja Kibicho and attorney general Paul Kihara Kariuki to engage in dialogue with the US authorities on cybercrime. Cybercrime is estimated to cost Kenya’s economy some $300 million a year. Matiang’i met with US Secretary of State Anthony Blinken in November of last year before DCI boss George Kinoti and Director of Public Prosecutions (DPP) Noordin Yusuf Haji approached FBI Director Christopher Wray‘s teams, alongside Kenya’s, to conclude a cooperation agreement providing for the arrival of American detectives within two months.

Situation ‘out of hand’

Kenya is facing a dramatic increase in cybercrime, with a growing number of Kenyan nationals involved in international online scams such as phishing and ransomware attempts linked to hackers in Nigeria, South Africa and Ghana. A quarter of the approximately two million online attacks originating from the African continent are believed to be carried out by hackers based in Kenya. The situation is said to be “out ofhand” according to DCI officials. Financial institutions, businesses and public agencies are the main targets of these attacks.

In a high-profile case in 2021, the FBI uncovered a gang scam involving Nigerian influencer Hushpuppi, who is in jail for cybercrime, and a Kenyan named Abdulrahman Imraan Juma. Both are accused of extorting nearly $1 million from an unnamed Qatari businessman. In December 2021 Nairobi requested the extradition of Juma from the US, where he is currently on trial in a Los Angeles court.

Cooperation between Kenyan and American services is nothing new: the FBI already aids its counterparts in the fight against drug trafficking on the coast and George Kinoti makes regular transatlantic trips.