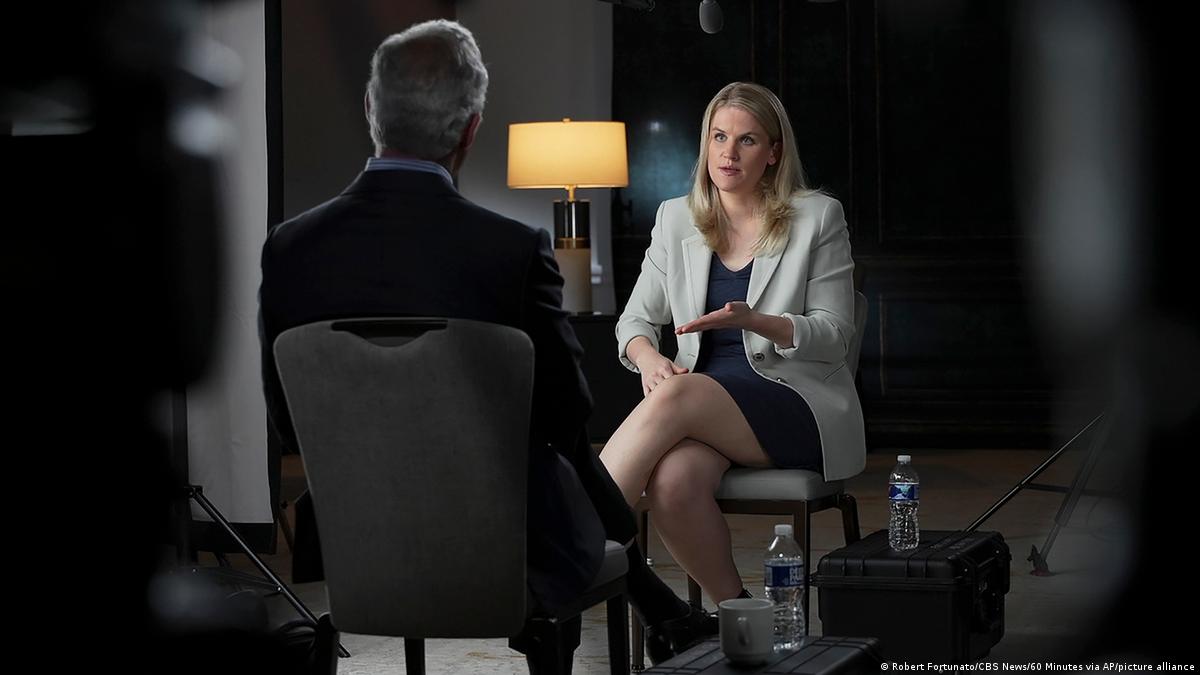 Facebook is “tearing our societies apart,” a former employee has told US news show “60 Minutes.” The tech giant’s internal research showed the company knew of the harms it caused, but optimized for profits.

In an explosive 60 Minutes interview that aired in the United States Sunday, data scientist Frances Haugen, a former employee in Facebook’s civic integrity unit, revealed that she was the source of internal documents and research showing the company knew of the harmful effects caused by its platforms.

The revelations in the internal research documents featured in a series of articles last month in The Wall Street Journal.

The company’s own findings include knowledge of the harms Instagram causedteen girls’ body image perceptions and a two-tier system of penalties for misuse of its platforms, one for celebrities and the other for the public.

“I’ve seen a bunch of social networks and it was substantially worse at Facebook than what I had seen before,” Haugen told “60 Minutes.”

“The version of Facebook that exists today is tearing our societies apart and causing ethnic violence around the world,” she added.

Who is Frances Haugen?

Frances Haugen is a data scientist from Iowa who spent two years at Facebook, from June 2019 until May of this year. Prior to that, she worked on algorithms at Google, Pinterest and Yelp.

She told “60 Minutes” she was recruited to Facebook and specifically wanted to work on issues around misinformation.

Haugen said the career move was inspired by the loss of a friend to online conspiracies, something she did not want anyone else to go through.

“No one at Facebook is malevolent, but the incentives are misaligned,” she said.

In addition to reporters from The Wall Street Journal and “60 Minutes,” Haugen has met with members of the US Congress, including senators Richard Blumenthal of Connecticut and Marsha Blackburn of Tennessee.

Earlier this month, Blumenthal tweeted that a Facebook whistleblower had approached his office and revealed “Facebook is using big tobacco’s playbook” by “hiding its own research on addiction and the toxic effects of its products.”

Haugen has spoken with legislators in the UK, France, and the European Parliament as well.

The New York Times reports she will testify before the US Congress Tuesday on the harm to young users caused by Facebook’s platforms and will appear before a parliamentary committee in the UK later this month.

She has also gone to the Securities and Exchange Commission (SEC) in the US, alleging Facebook misled investors about the effectiveness of its strategies and algorithms to mitigate the negative effects of its platforms.

Some of the documents she obtained have also been shared with attorneys general in California, Vermont, Tennessee, Massachusetts, and Nebraska.

Sunday’s “60 Minutes” interview kicks off a publicity tour that will include the Web Summit, a tech conference in Lisbon and meetings with European lawmakers in Brussels this fall.

On Sunday, Facebook did not directly address Haugen’s assertions. However, it did dispatch Nick Clegg to CNN’s “Reliable Sources” program. Clegg is a former UK deputy prime minister and leader of the Liberal Democrats who now serves as a vice president for policy and global affairs at Facebook.

On CNN, Clegg called allegations that ran in The Wall Street Journal last month “misleading” and asserted the company seeks to “mitigate the bad, reduce it and amplify the good,” the opposite of what Haugen clams defined her experience at the company.

The New York Times reports Clegg also sent out a 1,500-word memo late last week to Facebook employees outlining what it believed would air on “60 Minutes”.