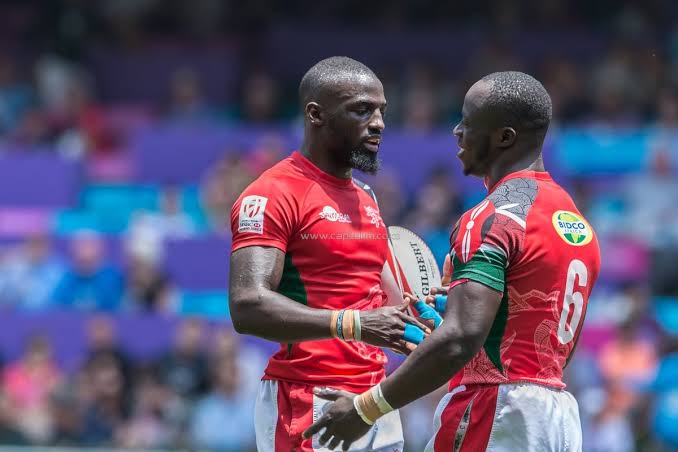 Kenya has very talented sportspersons. From athletes to soccer and to one very successful sport in Kenya, Rugby.

Kenya 7s has been having a decent and successful time at world rugby series.

But the results are far more likely to be worse if the current salary and allowances situation goes on.

Players like Willy Amboka and Dennis Ombachi have taken their salary grievances and stolen allowances to Twitter in what seems like a tip of the iceberg on the pathetic conditions KRU is putting its players through while expecting good results.

The two Kenya Rugby Sevens aside team players have complained about the problems facing their mens team.

Ombachi says they are being paid peanuts with no allowance. Something that is seemingly making it tough for many players to pay for their basic needs such as house rents. https://twitter.com/Willyambaka/status/1131844294149591040?s=19

Ambaka and Ombachi also says Medical fee and house allowances of the Sevens team has been misused by KRU Bosses.

Players are forced to pay for their own medical fees if they get an injury.

I had a nasty injury late 2017 playing for @OfficialKRU in Dubai and a few months later my salary was more than halved and I was taken from tier 1 to tier 2.

I BROKE MY LEG.

Kenya is resourceful with raw talent but it suffers from the unknown management syndrome that has been brought about by nepotism and tribalism in the current KRU Board.https://twitter.com/ombachi13/status/1131808209214287872?s=19

It’s also sad how national rugby players are living like peasants and forced to beg for money and food from friends, fans and family.

Ambaka also expressed his frustration about how his fellow mates are going through hard times to an extent of borrowing everything https://twitter.com/Willyambaka/status/1131844667685916672?s=19

I am even ashamed to say I reprsented kenya in the olympics here, I will tell you what Russia does to its olympians just for going there, sisi pesa yetu waliiba na waka kula yote

With what clearly indicates exploitation of players from the National women’s rugby teams.

Are the women afraid of talking about their off pitch matters? Or someone is working things from their side.

We are waiting for the official response from KRU Bosses about the off pitch issues that are tearing apart our national rugby teams.This is not the first time ugly face of rugby management is coming to the surface.

Last year during the World Sevens Series in Paris, players staged a cold protest when they concealed the Brand Kenya brand who was a sponsor.

Shujaa had met with Brand Kenya and KRU CEO and it was announced the board had come to sponsor the team to a tune of KSh 20 million for a period of eight months. Brand Kenya boss declared each player would be given a token of KSh 100, 000 in form of cheques in appreciation of our exemplary performance.

KRU boss interrupted the payment plan and asked Brand Kenya to send money to the union which would in turn channel it to their accounts. Players were never paid until a serious online protest was staged. It’s disturbing seeing how our boys who bring pride to the country are being treated with utmost disrespect. Mismanagement in Kenya’s sports especially rugby is a cancer that need to be cut off.

Kenya Insights allows guest blogging, if you want to be published on Kenya’s most authoritative and accurate blog, have an expose, news TIPS, story angles, human interest stories, drop us an email on [email protected] or via Telegram
Related Topics:7sAmbakaKRUOmbachiRugby
Up Next