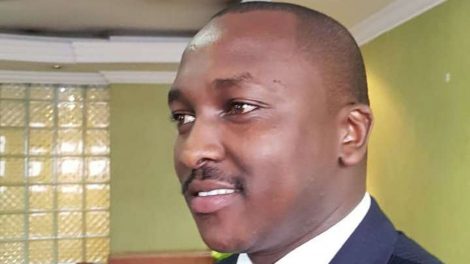 Detectives who’ve been on the trail looking into the murder of Sergeant Kenei have been moved from the DCI unit of the police following loopholes that were found to have been derailing the case.

Kenei caught himself in the way of the Sh40B fake arms deal that has since been pegged to the DP’s office where the whole set was put.

Kenei’s further was also summoned recently and recorded a statement following his claims that he had been told by unnamed persons to accept that his done had committed suicide.

The theory of suicidal was rubbished off following the postmortem results and subsequent scene evaluation that ruled murder as the possible cause of his death. Suicide was staged.

Threw officers who have been on the case were also summoned by the DCI following a successful retrieval of data from Kenei’s phone. Initial investigations pointed that part of his phone data were deleted in what was reported as a collusion between the murderers and unnamed telecom firm.

Its still unclear as to what made the detectives handling the case he changed and new ones assigned the job.

Former CS Rashid Echesa who was at the center of the scam was arrested and case still ongoing. Echesa is a top Ruto’s ally.

Kenya Insights allows guest blogging, if you want to be published on Kenya’s most authoritative and accurate blog, have an expose, news TIPS, story angles, human interest stories, drop us an email on [email protected] or via Telegram
Related Content:  Kidero Loses Battle To EACC Over His Sh9B Unexplained Wealth
Related Topics:
Up Next

Reuters Special: Coronavirus Has Paralyzed Global Narcotics Trade, Something Authorities Worldwide Have Not