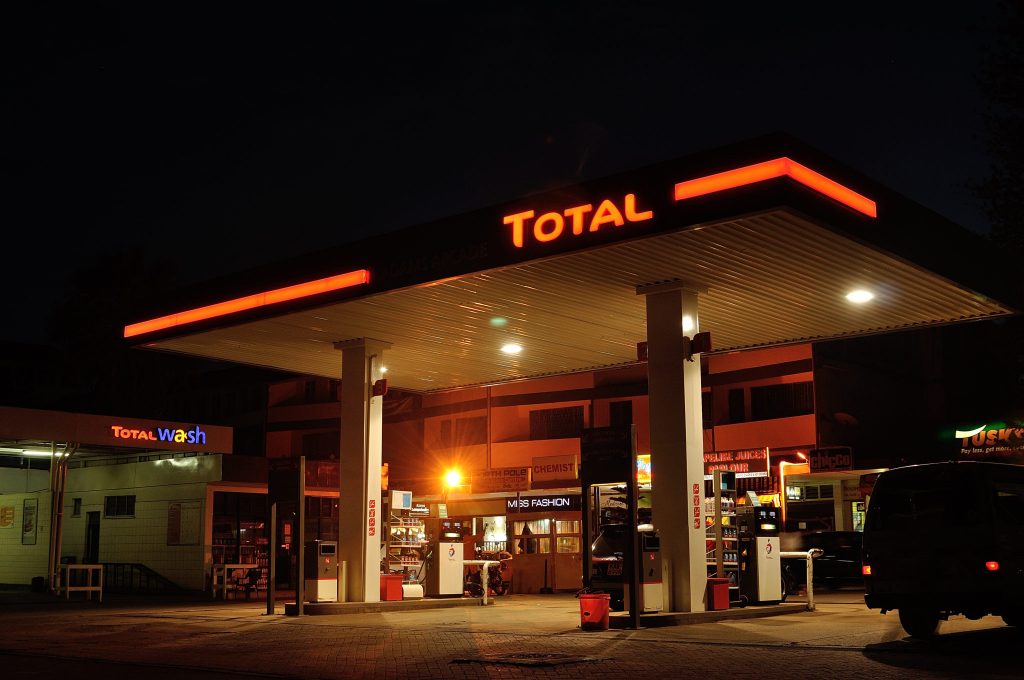 For years now, the French petroleum company, Total SA, through its Kenyan subsidiary, Total Kenya, has subjected its dealers to unfair and unethical business practices that have gone on unabated. This has led to many business owners operating under Total to run into avoidable losses or close shop.

Both Financial and Young Dealers told the Nairobi Law Monthly they are adversely affected by the unfair, intimidatory, and monopolistic practices by the petroleum company. Although they have raised issues around the hardships they face with the French petroleum giant, they have not been attended to.

Kenya is a renowned haven for foreign investors, whereby the government sides with monied corporations and individuals against its hardworking taxpayers; none exemplifies this reality better than Total Kenya. The oil giant has co-opted the leadership of the Energy and Petroleum Regulatory Authority (EPRA), which acts only at its behest to the detriment of ordinary Kenyan. Despite the numerous complaints that dealers have raised, Total Kenya seems always to have its way, perhaps aware that no complaint will be acted upon by the regulator.

The government, through EPRA, sets an operational framework that pegs wholesale and retail prices to regulate the oil business. Currently, the fixed fuel retail margin per product is Sh4.14 per litre, to which all petroleum retailers are entitled. However, dealers under Total do not enjoy this margin.

Following the increase in margins by EPRA, the dealers were subjected to false, additional charges to their fuel orders in a brazen bid by the marketer to cut into the margins. Among additional unsanctioned charges levied are Digital Tools, Research and development charges at Sh0.35 per litre, and HSSEQ – (Safety), Training and Assistance charges at 0.39 per litre.

Secondly, whenever fuel is transported from the port or depot, some of it is subject to be lost through evaporation, theft or spillages. Total Kenya imposes such fuel losses on the dealer, yet dealers have no involvement in the dispatch and transport of the fuel at any point; this is solely the prerogative of the marketer. This is a long-running bone of contention between Total and dealers. Why should dealers bear costs that have no bearing to them?

The extent of the losses ranges between 75 and 350 litres per order, which is a significant loss when charged on an individual dealer, who also has to contend with many other illegal levies imposed by the French giant. For perspective, a loss of 300 litres is equivalent to Sh33, 600 per order. Most stations order twice weekly; this equals to Sh268, 800 per month, or a cool Sh3.2 million per year! This is how much Total Kenya steals from just one dealer annually.

Other losses arise from leaking fuel tanks, whose repair the marketer is usually never willing to undertake, never mind that it is their responsibility; one would be lucky to have repairs done after months of following up, pushing, bribing and begging.

To eat further into dealer margins, Total has made addendums to existing contracts, which they have then forced dealers to sign – the alternative is having your station taken over forcefully, or for your agreement to fail to be renewed once it expires. It is a vicious cycle that keeps hardworking Kenyans enslaved to the global marketer. There are never negotiations before the multinational arrives at and implements such additional charges. The dealer is compelled to sign just to keep business afloat; sadly, many have had to shut down because of artificially-induced loss-making, abandoning millions, and years’ worth of investment.

If you make it through, it is a painful world of fees upon fees; even then, complain too much, and they take back your station under flimsy made-up reasons. For instance, it’s Total’s policy that a dealer should not run dry for any reason. The thing is, Total is responsible for delivering orders; a dealer makes an order through the procurement department, which then delays it, and gets a dismissal letter from a different department in the same company! You cannot hope to win.

There is also a mystery customer scheme. In a program set to ensure standards set are met across their stations, unidentified customers are sent by Total Kenya to check whether stations are compliant. If the marketer wants you out, it will fail your station on purpose and claim you are not operating as per their set standards and procedures. Meanwhile, because you do not know who made the complaint or its nature, you cannot hope to defend yourself.

Another method they use is rent. All dealers share their profits and losses with the global company. Whenever there are fluctuations in the marketer’s revenue, it imposes arbitrary rent increments on dealers to recoup and balance the sheet. So, here is a scenario where a dealer is barely breaking even – for conditions that Total, out of sheer greed and bad faith, manufactures in the first place – but they are slapped with additional rent charges, effectively forcing many out of business. Rent variations are governed under in Marketing Level Agreements, and dealers have to sign to agree to that upfront. When the decision is made to increase the rates, there is not much a dealer can do to wiggle out.

In a well-played Corporate Social Responsibility effort, Total instituted the Young Dealer’s program, to empower managerial staff in petrol stations. The program’s mandate was to identify well-performing employees as potential future dealers and nurture them, through a five-year into owning and running petrol stations of their own. To start them off, the multinational issues stock to the ‘young’ dealer and terms it as debt. The same debt is the working capital for the young dealer; once they finish repaying their debt, the marketer is then supposed to hand over the station to the dealer, making them independent financial dealers.

Accounts of at least six Young Dealers, some of whom shared documents of ongoing court cases, show that the dealers have found themselves in a vicious debt trap that has reduced them to modern-day slaves. Many of the promises made by the marketer, even when put down in contracts, are bogus at best, and fraudulent at worst. Many tell of facing an uphill task of generating substantial revenues to run the station while reducing their debts. Enticed by the promise of financial independence, they have toiled away for years only to end up with nothing.

So what exactly is going on? It is a tale of unending woes.

Young dealers face the same challenges as financial dealers – unscrupulous charges on fuel orders, artificially-generated losses, arbitrary rent increases, and so on. The Young Dealers are also not allowed to offer equity, rendering them unable to compete for big corporate business.

Perhaps the most insidious tactic is that whenever they are making tidy profits, Total Kenya has always found a way to force them to move to less profitable stations. There is not another possible explanation for this except that the marketer is determined to keep them in debt. And when, by some stroke, one completes their terms and repaid their debt, they are taken round in circles, made to sign new contracts with hidden clauses and finally denied what is rightfully theirs, their initial contracts notwithstanding.

The last trick in the book is one we have described early on in this article. Whenever one has passed through every obstacle erected and graduated to become a financial dealer, a list of additional, illegal fees and orchestrated loss-making strategies are unleashed, compelling the dealers to give up the loss-making stations.

Since its inception in 2009, only five Young Dealers have been graduated. Out of these, three have had to give up their stations.

The Nairobi Law Monthly ran an expose on this issue in the April edition, after which newly-joined Twitter bots, seemingly hired by the marketer in a bid to redeem its image, took to commenting what was ostensibly a variation of the same script, to announce to Twitter Universe that we had lied; that they had graduated successfully from the Young Dealer Programme with the minimal or no fuss from Total, and that they were proof of the programme’s success. We asked them to name the stations they own so we could verify and subsequently publicly apologise. Not one responded.

We also understand that Young Dealers are currently being made to sign already drafted success stories of the Young Dealer Program or risk losing their many years of investment – these are entrepreneurs who haven’t graduated yet, and who have everything to lose. The object of the new contracts is to say they have not been asked to pay additional levies, that they have not been transferred to stations at non-prime locations, and that they have nothing to complain about.

Before running this article, we reached out to Total Kenya and EPRA; both declined to acknowledge our inquiries or comment. EPRA is not sleeping on the job; that would be an understatement. The regulator, from our attempts to engage them and from testaments by dealers, seems to be working in cahoots with the marketer. The dealers speak of lacking a voice as they operate in fear of losing their investments in their own country due to unfair business practices orchestrated by an influential foreign investor.

Indeed, the impunity of Total Kenya and petroleum firms operating in Kenya, in general, has become the stuff of legend because they have and own collaborators both in the corridors of power and outside of it, who protect these companies and their officers for personal gain. The loser – every single time – is the hardworking Kenyan.

The social and economic effects of such long-term suppression are regular loss of livelihoods, disenfranchisement, and dispossession. The untold – incalculable – suffering on the part of dealers and their families, including depression and broken homes, is unimaginable.

Such is the bleak conclusion to the second instalment in a continuing series – on continued exploitation and subjugation on a scale that is difficult to fathom or swallow.