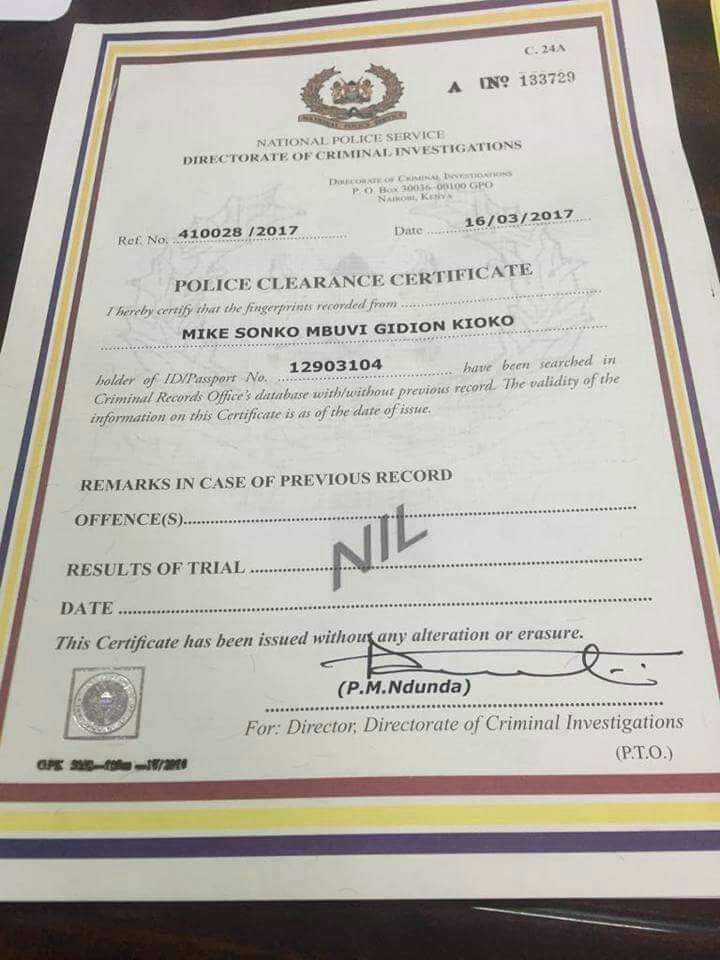 The Directorate of Criminal Investigations has responded to a netizen who seeked their response on why the past criminal record of embattled Nairobi governor Mike Sonko was expunged.

According to a pic of the DCI’s Good Conduct certificate issued to Mike Sonko in 2017, the City boss has a clean criminal record despite him being a former convict and allegedly a prison escapee.

Here is The DCI’s  response.

Greetings @patricksafari. It is good to note that if an applicant had cases and he/she was acquitted by a court of law, that criminal record is EXPUNGED from the criminal database. Howbeit, if convicted of the same, the record is kept for 20 years before it is expunged unless… https://t.co/2ES3GGqAfZ

…of whether they were convicted, acquitted, dismissed, discharged or have cases pending in court. Despite that, the offence(s) convicted under or cases pending before court are indicated in the remarks column of the Police Clearance Certificate.

Kenya Insights allows guest blogging, if you want to be published on Kenya’s most authoritative and accurate blog, have an expose, news TIPS, story angles, human interest stories, drop us an email on [email protected] or via Telegram
Related Content:  UoN's Researcher And Lecturer Dr Sobbie Mulindi Succumbs To Cancer
Related Topics:DCIMike Sonko
Up Next