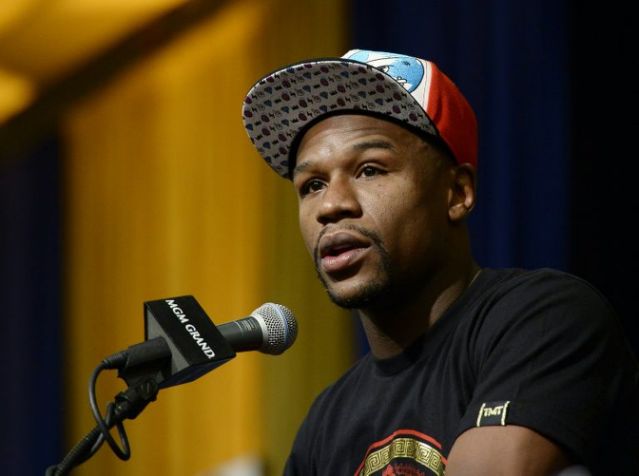 Retired ring great Floyd Mayweather is reportedly going to pay for the funeral of George Floyd, the black man whose death in police custody has sparked violent reaction across the United States (AFP Photo/KEVORK DJANSEZIAN)

The death of the unarmed black man while in police custody has ignited violent reactions across America.

Ellerbe confirmed to ESPN that Floyd’s family had accepted Mayweather’s offer to pay for funeral services.

“He’ll probably get mad at me for saying that, but yes, (Mayweather) is definitely paying for the funeral,” Ellerbe said.

Mayweather “has done these kind of things over the last 20 years,” added Ellerbe, who said that the former five-division world champion — who retired in 2017 with a 50-0 record — didn’t want to talk about his gesture himself.

The lawyer for Floyd’s family said Monday that a funeral will be held on June 9 in Houston.

Police officer Derek Chauvin has been charged with third degree murder and one count of negligent manslaughter in Floyd’s death.

Kenya Insights allows guest blogging, if you want to be published on Kenya’s most authoritative and accurate blog, have an expose, news, story angles, human interest stories, drop us an email on tips.kenyainsights@gmail.com or via Telegram
Related Content:  Khashoggi Family Forgives Their Father’s Killers
Related Topics:
Up Next