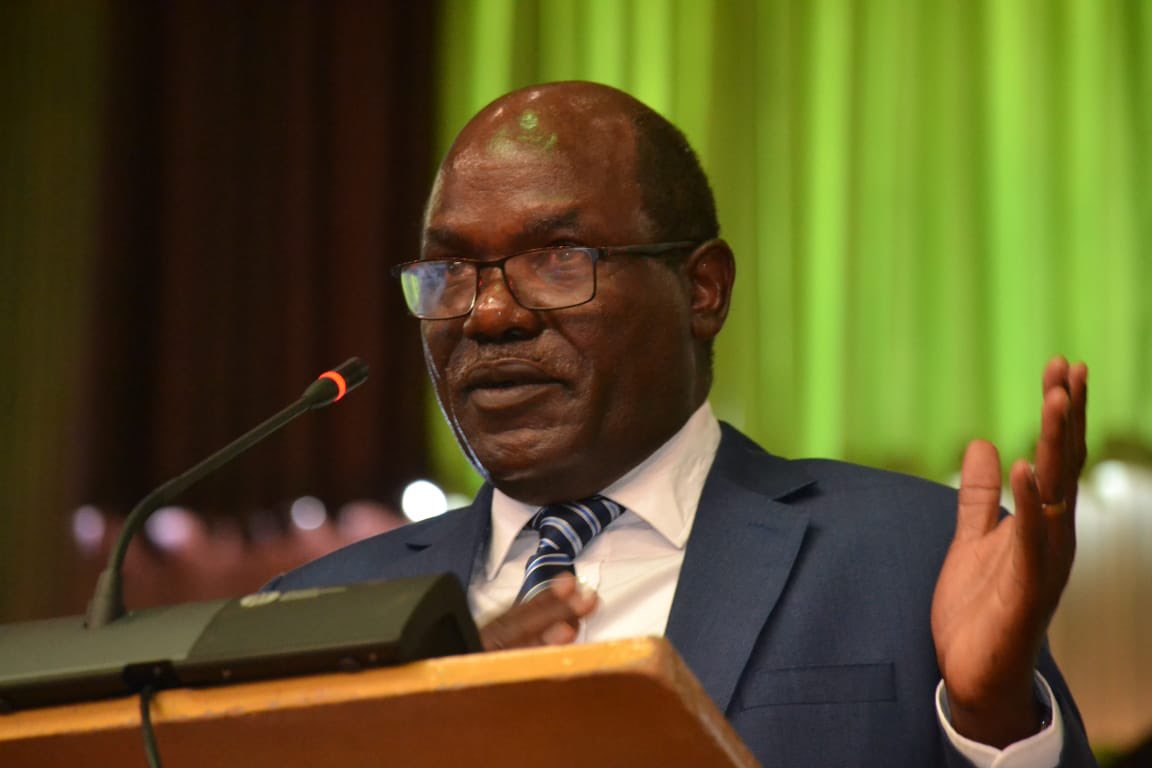 The Independent Electoral and Boundaries Commission has Wednesday launched the verification of BBI signatures at the Bomas of Kenya.

The Commission said, “The 400 clerks who were recruited for the exercise have taken their oath of secrecy and will begin their training shortly.”

The launching did not miss its own share of drama which the body has now defended as a mishap. 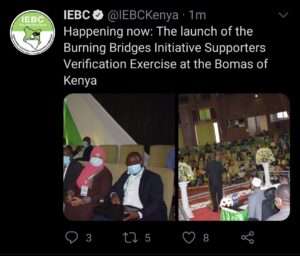 It ignited a debate.

Someone at IEBC deliberately called BBI Burning Bridges Initiative. However pleasing this is, l am shocked that an independent commission can openly be biased. Can they be trusted to deliver free and fair results?

It is another sad day for democracy in Kenya.

The IEBC twitter admin MUST be fired IMMEDIATELY. This is a mistake that should not be followed by a letter of warning. An independent Commission openly showing bias in an impending referendum can't be tolerated. BBI is not Burning Bridges initiative. The admin must be fired.

IEBC saying it as it is. The Burning Bridges Initiative. The Pride of Kenya. God works in mysterious ways. 🤣🤣

Ustad, Pole Pole…God works in mysterious ways and shows his SIGNS in many ways…

IEBC has since moved to apologize over the tweet terming it a typographical error.

The Commission sincerely apologizes to all its stakeholders and the General Public.

Kenya Insights allows guest blogging, if you want to be published on Kenya’s most authoritative and accurate blog, have an expose, news, story angles, human interest stories, drop us an email on tips.kenyainsights@gmail.com or via Telegram
Related Content:  Drug Barons Crafts New Way Of Laundering Money
Related Topics:
Up Next