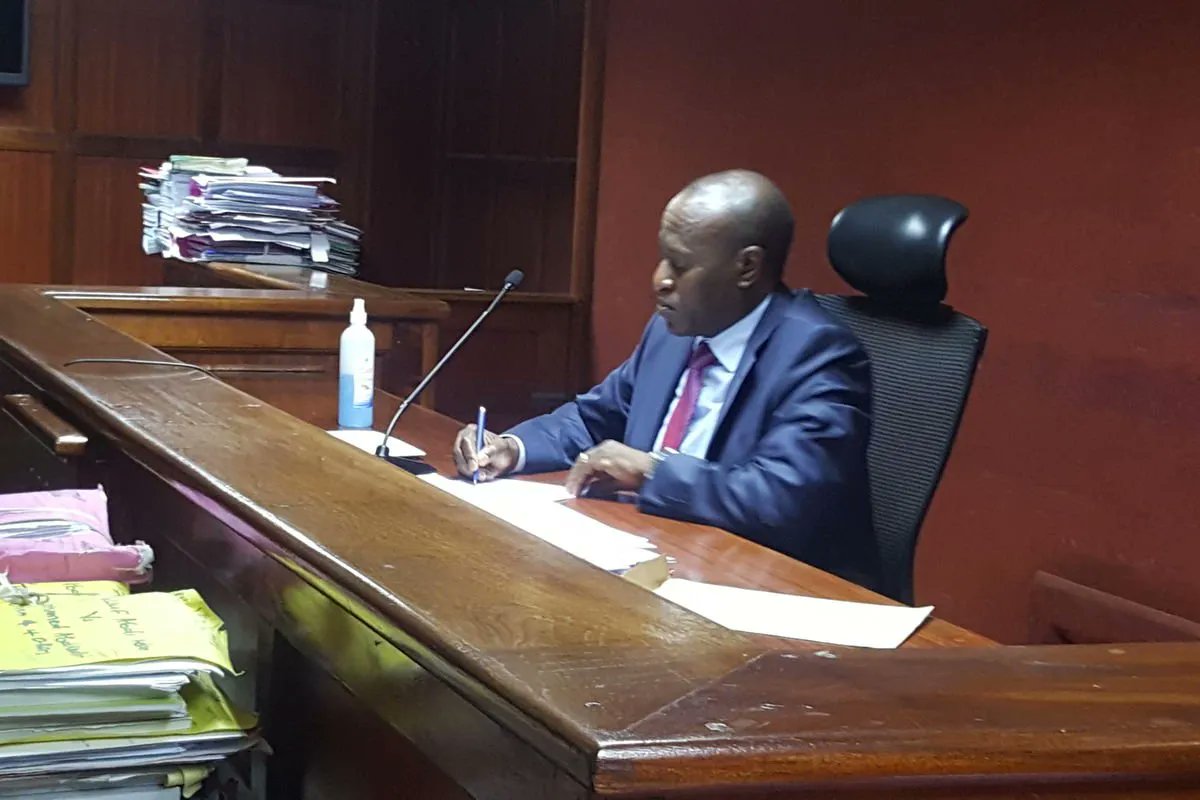 Court appointed administrator for Mumias Sugar Company is on the spot for failing to ensure that due process was followed in the leasing of assets of the ailing miller.

Making submissions before the High Court, five farmers who have challenged the lease to Uganda-based Sarrai Group further said Ponangipalli Venkata Romana Rao failed to discharge his duties as the administrator in an accountable manner.

Their lawyer Kibe Mungai told Justice Alfred Mabeya the evaluation of the bids and the leasing of Mumias to Sarrai was opaque and shrouded in secrecy against the Competition Act.

“There was no full disclosure about the size of the bids,” said Kibe.

Lawyer Kibe further submitted that Sarrai Group will took 22 years to pay Mumias Sugar company debts and the remaining lease compared to other bidders who could have paid the debts within eighteen months.

Veteran Senior Counsel Pail Muite for West Sugar Company said his clients would have managed to offset the debts accrued by Mumias in a very short span compared to Uganda’s Sarrai Group which was the smallest bidder but was awarded the lease.

“West Kenya was to deliver 900M upfront and additionally 500M as security bond together with 150M per month installment. So how can the receiver manager claim he doubted our capability?’ SC Muite paused the question.

Senior Counsel further faulted Rao by claiming that if awarded the Mumias lease, West Kenya Sugar Company would control 50% of the sugar sector. In contrast, Muite says West Kenya would only have a 21 % stake  and not 50% as claimed by the Mumias Sugar Receiver manager.

‘West Kenya would have controlled 21% not 50% what was claimed by Receiver Manager. It’s mandate of Competitions Authority to evaluate performance.’ said SC Muite.

West Kenya further urged the High Court to restrain from aiding an illegality orchestrated by Rao who never involved the company’s shareholders in the controversial and botched leasing process to Sarai Group.

He added that as a result, Mumias Sugar Shareholders will be the biggest losers in the botched leasing process.

Lawyer Martin Gitonga who also represents West Sugar Company submitted that had the receiver manager involved creditors in a meeting to discuss the lease, they would not have settled on the lowest bidder.

“The creditors would not have approved giving the lease to the lowest bidder. This suit is as a result of the misconduct of the receiver,” Gitonga submitted.

Gitonga also lauded KCB bank for wanting people to believe that they put a seal to lease the Mumias Sugar assets to the lowest bidder.

This would mean that the money owed to them by the sugar giant will not be recovered fully.

Justice Mabeya also struck out an affidavit by the Attorney General after lawyer James Orengo said it was filed outside the given timelines.

“No leave of the court was sought in order to file the replying affidavit,” ruled the judge.

Related Content:  Omtatah Wants Mumias Sugar Revival Frozen
Kenya Insights allows guest blogging, if you want to be published on Kenya’s most authoritative and accurate blog, have an expose, news TIPS, story angles, human interest stories, drop us an email on [email protected] or via Telegram
Related Topics:leasingMumias Sugar Company
Up Next