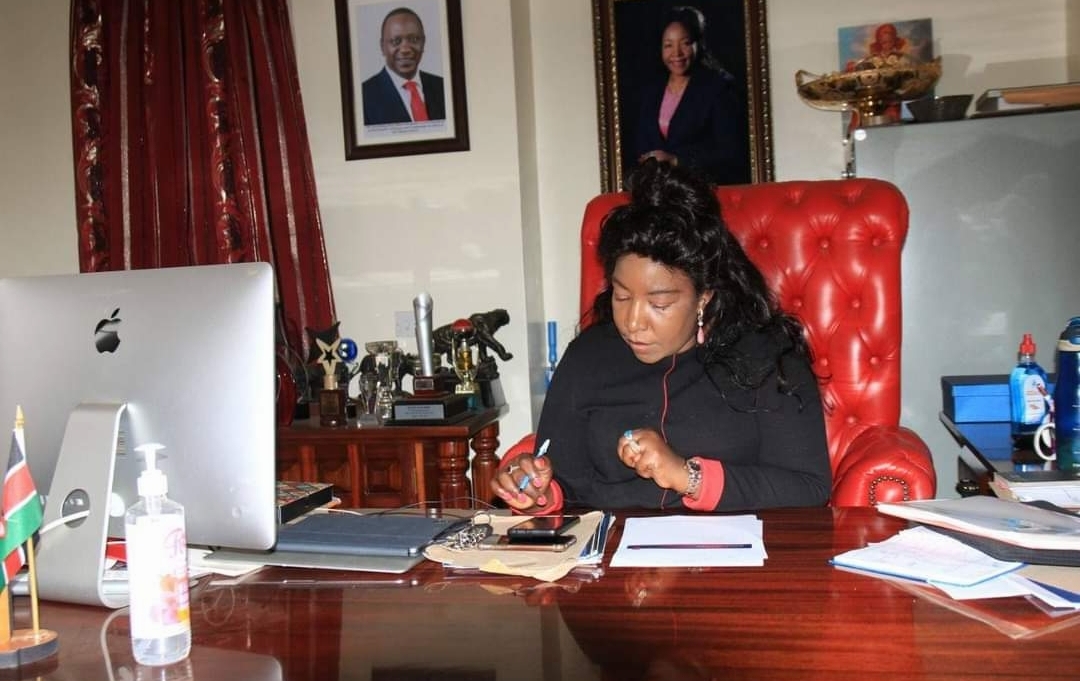 City businesswoman and gubernatorial aspirant Agnes Kagure allegedly forged signatures of a tycoon with intent to grab a Sh500 million property in Karen.

Testifying before the High Court,
David Muthee Michuki told Justice Maureen Odero that he represented the late Roger Robson until his death in 2012.

The lawyer said Robson was so frail and his hand had tremors such that his signature and writing were jerky.

When he was shown Kagure’s conveyance, the lawyer said it did not look like Robson’s signature. He also said the picture on the conveyance papers was fake and not of Robson.

Kagure claims that she bought the disputed piece of land in Karen from the deceased, for Sh100 million in 2011.

She filed the suit against lawyer Guy Spencer Elms accusing him of forging signatures on the Will of the lateRobson who died in 2012 and who owned the two parcels of land.

During the hearing yesterday, Michuki however told the court that he knew Robson in 2011 when he represented him in a case by the defunct City Council of Nairobi, claiming that Robson had not paid his rates.

He said he was introduced to Robson by Elms who had been his (Robson’s) lawyer for a very long time.

“Roger explained to me that he had in fact been paying his rates to Karen and Lang’ata District Association since 1995,” claimed Michuki.

Michuki further told the court that he represented Robson when three fraudsters tried to claim they were squatters on his land.

According to Michuki, after meeting Robson he realized due to his age, he had difficulty in expressing himself properly and would often go on a tangent talking about other things.

Robson died in 2012 , left a will with Elms to manage his properties estimated to be worth over sh 500 million.

He had indicated the estates should be sold and proceeds shared between his nephew and charitable institutions in Kenya that focus on environmental conservation.

However Kagure opposed the said will, accusing Elms of forging it.

Elms was initially charged with forging the will but the case was later withdrawn.

Kenya Insights allows guest blogging, if you want to be published on Kenya’s most authoritative and accurate blog, have an expose, news TIPS, story angles, human interest stories, drop us an email on [email protected] or via Telegram
Related Topics:Agnes kagureGuy Spencer ElmsRoger Bryan Robson
Up Next