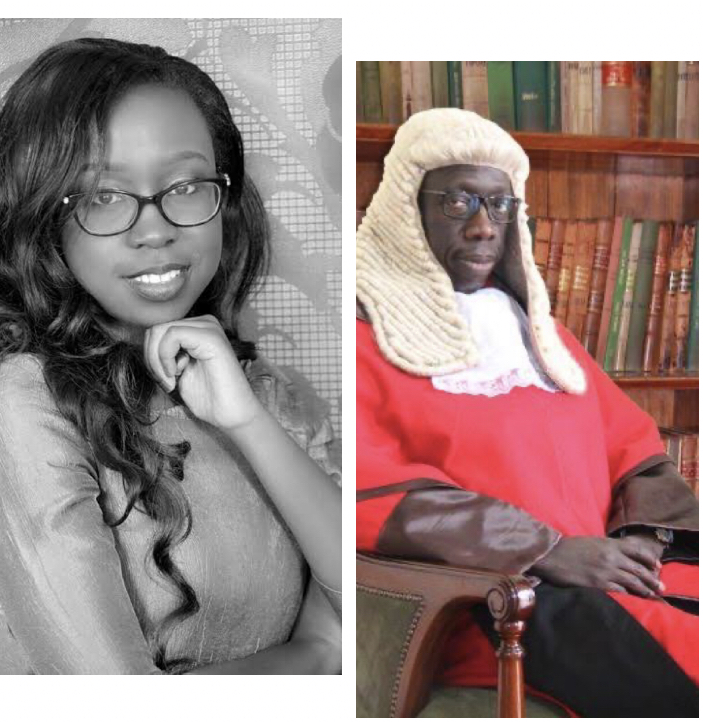 Not known to many is the daughter of Kenya’s Court of Appeal William Ouko and who is currently among the candidates being interviewed for the Chief Justice position, she goes by the name Jolly Jeminah Lanji Ouko. Married to Ambassador Denis Awori’s son Jeremy Awori whom they exchanged nuptials with on December 28 in Siaya county at an “Invite only” ceremony. 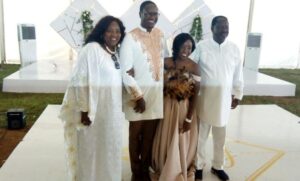 Raila Odinga with His Wife Idah Odinga posing for a photo with the newly wedded couples. 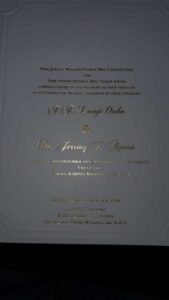 J.J. Lanji Ouko is a seasoned author, lawyer and gender justice consultant. She is also the founder of Crevit Mulier & Co., a legal bureau, transforming Africa’s contemporary issues focused on gender justice policy reform and intervention in various fields of law through their institute of training, research center and boutique publishing firm since 2015.

The South Korean Tycoon investor who goes by the name Sun Pil Lim who is the wife of the President of Safari Park Hotel and Casino, Young K Roh and also who is chairperson of Daehan Pharmaceutical Limited, a company which Ouko’s daughter was an equal partner together with 2 others; Lee Jong and Jang Jongmin as Directors of Daehan Pharmaceutical Limited.

After incorporation, the company opened an account with DTB, Thika Road Mall branch, on May 19, 2015 and wired Sh100 million on October 24, 2015, with instructions that the money be put in a fixed deposit account after being promised an interest of 16 per cent.

The company was supposed to import drugs and other medical devices from Korea and sell them in the country hence the motive of the incorporation and opening of the fixed account.

On October 28, 2015, the bank issued three certificates of deposits for the cash, which had been deposited in tranches of Sh40 million and two others of Sh30 million each. This account was to be operated by two directors who had to sign all documents, including cheques.

At the same time, Sun opened another account in her name where she was the singular signatory and deposited Sh50 million in a fixed deposit account and was issued with two certificates of deposits on October 28, 2015 and November 5, 2015.

In December 2017 when Daehan Pharmaceutical Limited board inquired about the state of the account, Sun said Thika Road Mall manager became “evasive, misleading and deceptive”.

In efforts to recover her money, Lim filed two lawsuits at the Commercial and Admiralty Division of the High Court on Sept 16, 2019 and secured orders compelling the bank to produce all documents relating to the account.

When the documents were ultimately provided, the investor realised the Sh100 million in fixed deposit had been liquidated and withdrawn using her forged signature as she was supposed to be one of the signatories.

The money, according to documents she filed in court, was withdrawn between March 10, 2016 and December 4, 2017 using 157 cheques in what took a total of 146 transactions to clear the entire Sh100 million.

A chain belt conspiracy that Lim accused the  Daehan Pharmaceutical Limited partners whom among them is Ouko’s daughter.  Her accusations was confirmed true when Lee confessed to Sun’s husband that they – together with DTB Bank Manager forged her signature and conspired to liquidate the account and share the money.

To facilitate the liquidation and withdrawal, the bank relied on an undated letter on July 12, 2016, which led to the premature liquidation of Sh30 million, where her signature too was forged.

Similar letters were presented to the bank on July 12 and October 26, 2016 and were also used to liquidate the remaining Sh70 million.

The same scheme was used to empty Sun’s personal fixed deposit account, which is the subject of the second civil suit, case number EO 68 of 2018.

The Sh50 million fixed deposit account, she was the sole signatory, Lee and heist team forged her signature, wrote a letter requesting the liquidation of the deposit, which was then transferred to a different account.

Seems like Ouko’s daughter Lanji with confidence of double standards in the Justice system of the country where his father is the President of the Court of Appeal and now contestant for the top job to be the next Chief Justice, made Lanji confident of freedom in this conspiracy  as she felt ‘unbwogable’ in the judicial process with an upper hand should she be arraigned in court. The double standards took control to cleanse her.

Despite that, in such cases, Kenya insights has never learnt to forget such, and has only learnt to dig deeper and deeper and forward without forgetting.