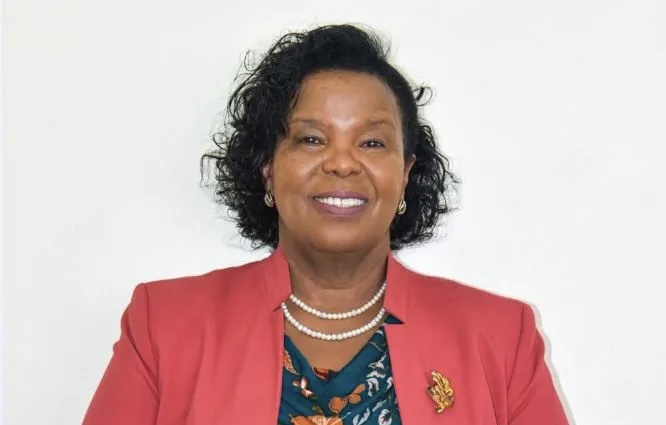 The appointment of Prof Olive Mugenda as an Independent Non – Executive Director and Chairperson of the Board of HF Group Plc has elicited clashing reactions from different stakeholders.

“The Board is delighted to confirm Prof. Mugenda’s appointment as Board Chair of HF Group. Her wealth of expertise and outstanding transformational leadership track record will be a valuable addition for the Group at a time when we are on a transformation journey,” HF Group CEO Robert Kibaara said on her appointment.

While HF Group sees the appointment as an opportunity for the lender to get up from the shackles of bad books, others are reading it differently.

Law Society of Kenya President Nelson Havi has termed the appointment as a continuity of impunity. The government of Kenya holds shares in the struggling mortgage lender.

If impunity had a name and a face, she would look like this. ^NH pic.twitter.com/oLOUL62oQH

Similarly, Lawyer Donald Kipkorir has called out the appointment saying that CBK erred in approving the appointment of Mugenda citing clash of interests given that she’s also the Vice chair of Judicial Service Commission (JSC).

Of the Independent Constitutional Commissions, Judicial Service Commission (JSC) sits at the apex: it’s primus inter pares. It’s irredeemable incompetence or corruption on the part of Central Bank of Kenya to approve a JSC Commissioner to Chair or even sit in a Bank Board.

The reactions are largely drawn from Mugenda’s full and overgrown portfolio.

Most of Mugenda’s appointments have attracted blockades.

In 2019, Activist Okiya Omtatah filed a case challenging her appointment to be the Non-Executive Chairperson of the Kenyatta University Teaching, Referral and Research Hospital board.

In defense, Omtatah argued that the appointment was made without subject to a “fair, open, competitive, merit-based, and inclusive recruitment process,” adding that this violates the law .

He further argued that the offices of Chairperson and of Member of the Kenyatta University Teaching, Referral and Research Hospital board are public offices, subject to the Public Service Commission (PSC), and must be filled through a fair, open, competitive, merit-based, and inclusive recruitment process.

According to Omtatah this creates conflict of interest.

“She is a pensioner as a former Vice Chancellor of Kenyatta University but her appointment to the hospital’s Board (and, earlier, to the JSC) entitles her to multiple salaries contrary to Article 77(3) of the Constitution of Kenya 2010,” argued Omatah.

Mugenda is a widow to the late Prof Abel Mugenda whom she had divorced.

The HF Group’s Director Prof Olive was divorced by her husband, the late Prof Abel, because “she was moving with small boys and coming home late,” according to court documents.

Abel, a professor of statistics and research at USIU, died on January 5 after jumping from the sixth floor of the White Rhino Hotel in Nyeri County. He was 66.

In the affidavit filed at the Chief Magistrate’s court in Milimani, Nairobi in 2016, Abel claimed his wife was not only adulterous but a person of unpredictable moods, ungovernable temper and violent in nature, making him live in fear in their matrimonial home.

“In 1986, the petitioner, Abel Gitau Mugenda, then a bachelor, was lawfully married to Olive Mwihaki Mugenda, then a spinster under the Marriage Act, which was solemnised in Nairobi until sometime in 2013, when the respondent deserted the matrimonial home and started moving with young men and coming home at late hours,” the affidavit read in part. 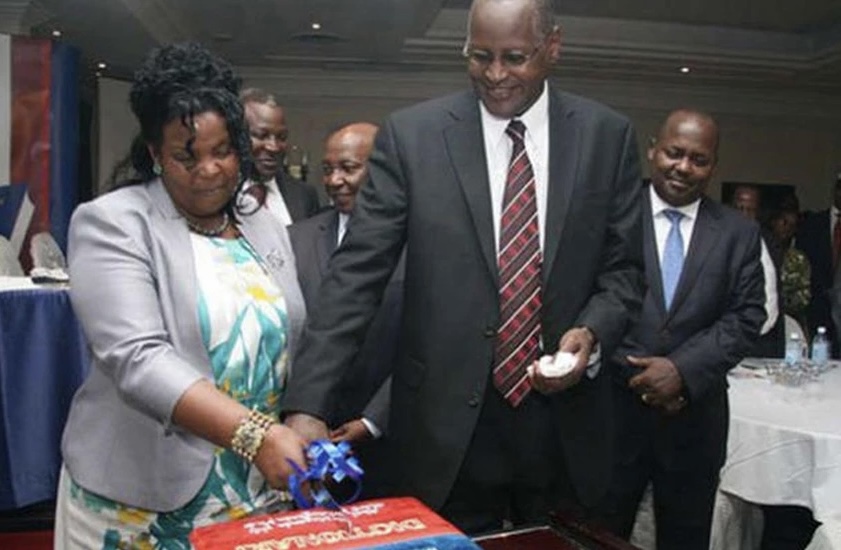 Prof Olive Mugenda, who in an earlier interview said the three words that describe her are, honest, hardworking and innovative, was accused of living in a place unknown to her husband and cohabiting with unknown person or persons.“Since the celebration of the said marriage, the respondent had on numerous occasions treated the petitioner with utmost cruelty, and to compound the said cruelty, the respondent deserted the matrimonial home and has been living in an adulterous life and committing adultery with various men and the marriage has irretrievably broken down,” stated the late Abel.

In his prayers to the court, Abel, asked that his 35-year old marriage be dissolved and his petition paid for by the wife.  He further stated that Olive, an alumnus of Alliance Girls High School, Nairobi Girls and Dry’s Farm Primary School in Timboroa, Baringo County, had generally been cruel, rebellious, unwilling to recognise him as her husband and shunned all efforts to persuade her to live a normal family life, besides refusing to take responsibilities of a wife and threatening him several times.