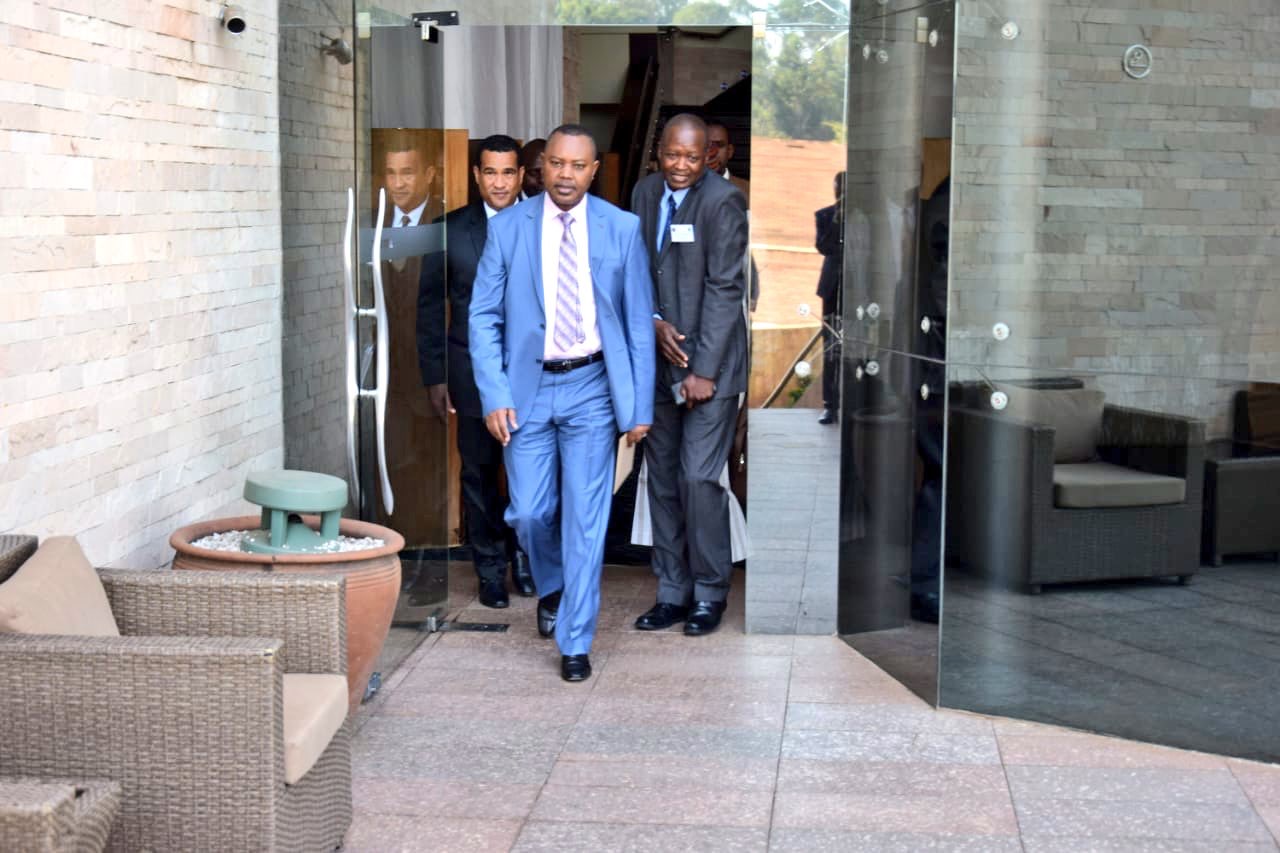 The Directorate Of Criminal Investigations has been on a roll on the past weeks with the new DCI Kinoti seen to be working as they reign in on banking fraud.

The DCI Mr.Kinoti speaking in a meeting held at the Radson Blu warned the regulators, Banks and mobile service providers that most frauds are perpetrated by their own employees. He advised them to do a thorough background check before engaging them in whatever capacity.

In the same week,several arrests have been made including;

Mr.Peter Sungu Nyakomitta, a Branch Manager with Diamond Trust Bank( DTB) in Kisii was arrested and arraigned in Milimani Law Courts for stealing Ksh.25Million from customer’s fixed account numbers. The theft was discovered after an internal reconciliation process was done.

In another incident, Mr. Abel Onyango a Relations Officer with the Family Bank through sim swaps accessed customers’ accounts and withdrew Ksh. 1.5 Million without their knowledge. The accused was arrested & arraigned in court.

Mr.Habil Onyango Owiti,a FOSA Manager & strong room custodian with Harambee Sacco Ltd  removed from the vault in smaller amounts cash totaling to Ksh.1,783,392 which was meant for the Sacco Area delegates & miscellaneous expenditure and fraudulently converted it into personal use.

In the latest incident, four KCB staff suspects were arrested on 17th August and will be charged today for an alleged stealing amounting to Ksh.72,619,951.83 which was transferred from the Kenya Commercial Bank Ltd in smaller amounts to accounts domiciled with various banks in Nairobi,Mombasa,Eldoret & Malindi.

Evidence gathered by DCI showed that 37 fictitious merchant companies were registered with KCB to facilitate the fraud through fraudulent point of sale card transaction claims which were approved by the four suspects and money sent to the companies’ account as POS card settlements.

The funds were then shared through Mpesa among the following four suspects who are employees of the same bank:

In the same line, Four suspects were yesterday charged before the Milimani court for attempting to steal Ksh.884,876 from Sidian Bank& the Barclays Bank Limited through fraudulent means.The four were arrested while conducting a cash withdrawal of Ksh.600,000 from a parallel bank account.

The account which is opened in a customer’s name was being used as a conduit for stolen and diverted cheques meant for crediting the Barclays Bank account. The four suspects include Mr.Haroon Sindiki Abdullatif, Mr.Rajnani Irofan Kamruddin, Mr.Abdullahi Haji and Mr.Tampul Tobiko.

Going along with SIM swapping which has also been confirmed to be a racket that involves Safaricom staff, consumers are at a risk not from anyone but these services providers own staff who conspire to defraud.

In many of the banking fraud schemes, the staff will identify a dormant account which is loaded and probably the owner died. They create fictitious companies which they then use to wipe clean these accounts. This has been happening in all banks not only KCB. It means the regulator CBK has been sleeping on the job with the anti banking fraud unable to nab such fraud transactions or deliberately ignored.