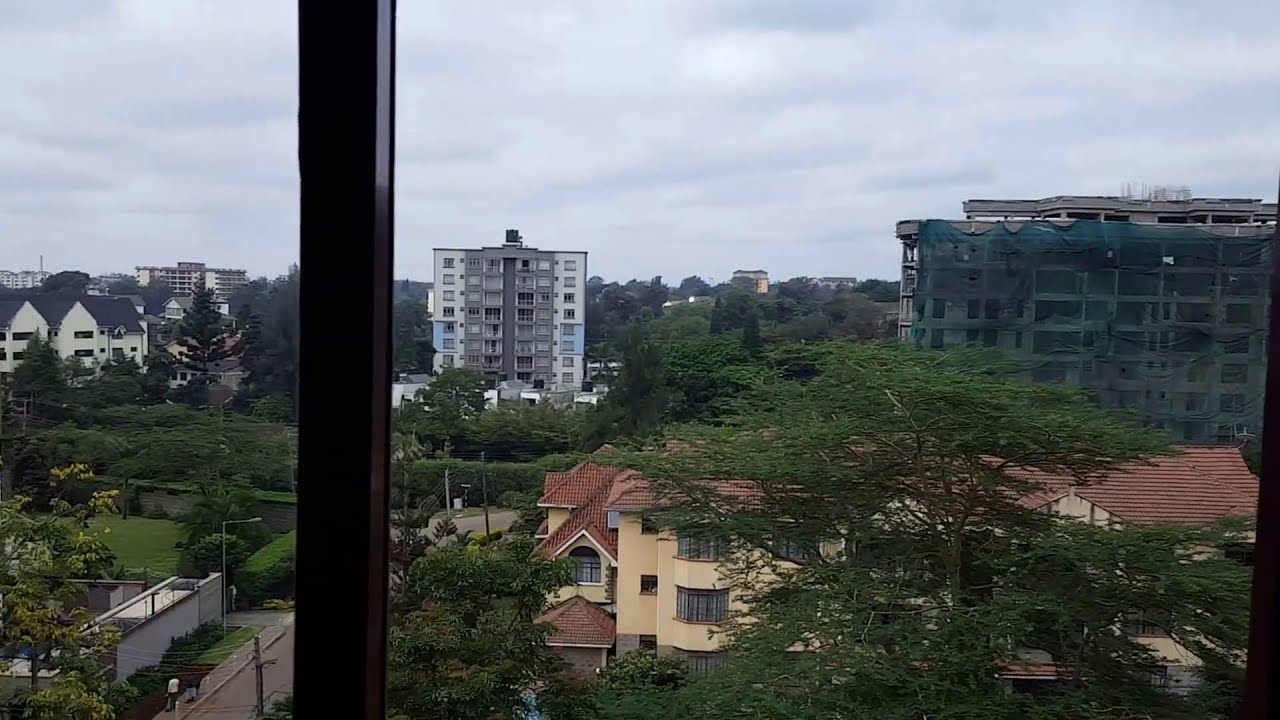 Money laundering is becoming a nightmare for taxpayers who have to bare the brunt of the crooked state officials looting from their coffers.

Since NYS saga which is a prominent case when the state attempted to crack the whip on the corrupt, a number of players were found to have facilitated the looting of public money. Banks were fined, properties frozen and reposed by the state. It became apparent that real estate have a safe haven for the corrupt to launder their money.

To save its executives from criminal prosecution over NYS dealings, Standard Chartered Kenya , Equity , Diamond Trust , Co-operative Bank , and KCB Group, opted to pay the DPP a total of Sh385 million for failing to report suspicious transactions linked with the theft of funds at the National Youth Service (NYS). A breach of banking regulations.

The five top commercial banks were to face criminal prosecution for facilitating the NYS scam after they received about Sh3.5 billion believed to have been stolen from the State agency. The banking sector regulator CBK said that the banks had failed to report large transactions or to undertake proper due diligence on customers. It also accused them of approving large transactions without proper documents.

Investigations have revealed an intricate ploy to defraud the Kenyan taxpayer hundreds of millions of shillings through inflated contracts involving Chinese and local road construction companies that are awarded mouthwatering road construction deals and in exchange provide kickbacks paid in cash or through construction of high-end real estate in various parts of Nairobi.

On June 22, the Asset recovery agency obtained orders from high court freezing the assets of the main suspects Margaret Wanja Muthui who is the deputy supply chain manager at KERRA.

Esther Wagio Njunge who works for Safaricom PLC as a regional sales manager.

The Directorate of Criminal Investigations (DCI) is looking at preferring charges of abuse of office and money laundering against the two through Light House trading company limited.

The Kenya revenue authority (KRA) is also looking at calculating tax arrears on the over Sh1 billion worth of assets laundered by the two and slapping them with a fine.

The investigation has for the first time revealed how proceeds from the lucrative road tenders are laundered through proxies who invest on behalf of corrupt government mandarins. In the case under investigation and as per court documents filed in the anti-corruption economic crime court under certificate of urgency, the documents paint a picture of the intricate theft of public resources through government tenders.

Wanja works for the ministry of transport and infrastructure.

Until her transfer to the ministry of transport in February 2021, she was the deputy director and the acting director procurement at Kenya Rural Roads Authority earning a monthly gross salary of about Sh400,000.

In October 2019, investigations revealed that Wanja had purchased 11 units of luxurious signature apartments in Kileleshwa at the cost of Sh300 million which she paid for in cash.

The payments were made between July and September 2019. The large cash payment was made hurriedly due to the currency demonetization process which Kenya’s central bank was undertaking at the time.

On May 31, 2019, the Kenyan government had effected a major economic change by demonetizing the old Sh1000-shilling bank note.

The government issued a 122-day notice ahead of full withdrawal of its old 1000-shilling bank notes out of circulation by October 1, 2019.

Further investigations revealed that Wanja had enrolled the services of her nieces, Esther Wagio Njunge who works at Safaricom PLC Kenya limited as a regional sales manager and Alice Wacuka Njunge to register a company under the name Light House Trading Company which was used to purchase the houses.

The company had initially been registered by her brother-in-law Joseph Njunge Mathu and her sister Joyce Wanjiku Njunge, who later resigned as directors of the company and passed on its directorship to Alice Wacuka Njunge and Esther Wagio Njunge.

Wanja also enlisted the services of her elder sister Grace Nyambura Nderitu and her two daughters Mercy Wambui Nyambura and Cynthia Wanjiku Nyambura to register for properties on her behalf.

The properties include 3 units at a luxurious apartment in Kileleshwa.

Wanja is accused of being involved in high level corruption which involves awarding Chinese road construction companies through favours.

She is also accused of using her position as deputy director procurement to amass wealth during her tenure.

Related Content:  Treasury moves M-Akiba away from NSE to the Central Bank

The Assets Recovery Agency (ARA) said the funds in the three accounts were deposited on diverse dates between 2015 and 2021 and the period of maturity is April 16, 2022.

The first deposit was made on April 13, 2015 when Ms Muthui transferred through RTGS Sh39 million from her account to Ms Wagio’s account.

On June 4, 2015, Ms Wagio transferred through RTGS Sh39 million from her account at Equity Bank to her account at Co-op Bank. The same account was to receive Sh3 million on June 8, the same year.

On July 26, 2017, the funds had accumulated interest and stood at Sh49.8 million and it is alleged that Ms Wagio transferred the money to another account in the same bank in a fixed deposit account.

On April 12, this year, Ms Muthui allegedly deposited Sh13 million in a fixed deposit account. “There are reasonable grounds to believe that the funds and assets in issue were unlawfully acquired, thus constitutes proceeds of crime liable for recovery pursuant to the provisions of Proceeds of Crime and Anti-Money Laundering Act,” the ARA said in the petition.

While Light House Trading Limited now find themselves in a fix for being part of the crime, Co-Operative Bank ought to have done their assignment, a due diligence by both real estate firms need to be deep to avoid getting into unnecessary trouble not unless being complicit is part of the plan.

How could it pass the bank that someone earning Sh250,000 monthly could make a Sh13M deposit without raising red flags? It’s responsibility of the bank to question source of funds and report to CBK any suspicious transactions. The fight on corruption should be a collective responsibility where financial institutions and investments firms join hands. But the script has always been the same despite disciplinary actions, public money is looted, moved through the banks via rogue managers, ends up in real estate and that’s the lifeline of the money laundering ecosystem.

According to a report by sentry “Looted Funds Used to Buy Real Estate,” kleptocrats and their networks have increasingly been using African real estate to launder the proceeds of corruption. Investigative reporting by The Sentry and others on illicit flows stemming from grand corruption has highlighted how, in cities like Nairobi, Kampala, Windhoek, Cape Town, and Johannesburg, banks and governments have not prioritized the money laundering risk in real estate, creating a growing opportunity for corrupt actors to exploit the sector.

The report recommends that to hep curb money laundering, Real estate agents should incorporate the red flags identified here and in other publications into their anti-money laundering programs. They should perform enhanced due diligence under these programs for higher-risk customers, business relationships, and transactions.

Financial institutions should monitor for the red flags described and train their staff to better identify them.

Kenya Commercial Bank (KCB), has been linked to money laundering on behalf of corrupt government officials in South Sudan, including senior military leaders sanctioned by the United Nations in the wake of the civil war which erupted in December 2013.

Also thought to be culpable includes the local Stanbic Bank which is member of the Standard Bank Group, based in Johannesburg, South Africa.
Predictably the two lenders have to date denied involvement in the fishy business.

According to the US-based Sentry organization, a two-year investigation into the corruption in South Sudan, money movement and assets locations, found KCB has taken part in abetting money laundering on behalf of the elite in South Sudan.

Among the senior army generals in South Sudan who the report named as culpable was General Gabriel Jok Riak, who was called out for transferring hundreds of thousands of US dollars to his personal bank account in KCB yet his monthly salary was less than $3,000 dollars, or only about $35,000 a year. General Riak, commander of Sector One, which includes Divisions 3, 4, and 5, of the South Sudan’s army, the Sudan People’s Liberation Army (SPLA), has been under the United Nations sanctions for his brutality during the civil war. His known assets have been frozen and he is banned from travelling to foreign countries.

In a nutshell, corruption money moves through the banking channels and if there’s a better placed source to flag and stop it, it’s the banks but which bank will turn away bloody money? The slap on the wrist fines is proving not effective, maybe one day of CBK grows balls and start to suspend licenses of banks involved in abetting money laundering then they’ll start listening.

Kenya Insights allows guest blogging, if you want to be published on Kenya’s most authoritative and accurate blog, have an expose, news TIPS, story angles, human interest stories, drop us an email on [email protected] or via Telegram
Related Topics:Assets Recovery Agency (ARA)Central Bank of Kenya (CBK)Cooperative bankCorruptionKenya Rural Roads Authority (KeRRA)Kileleshwamoney launderingsentry
Up Next