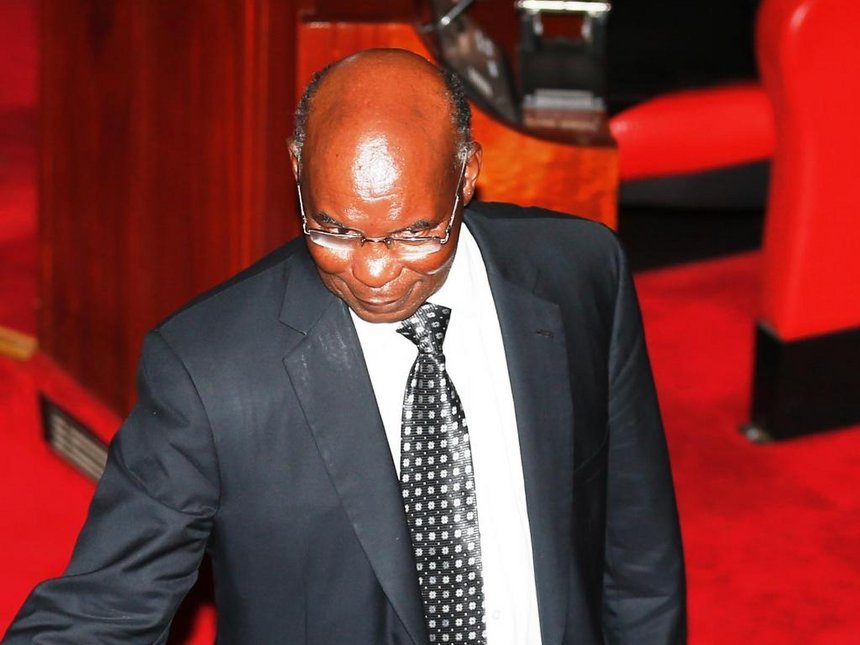 Media mogul and billionaire Samuel Kamau Macharia (S.K Macharia) is in court seeking orders to become his grandson’s guardian, to take over the management of the seventeen-year old’s multi-million inheritance.

At stake is a Sh389 million life insurance, a pension payout whose beneficiary is the grandson, Adam Kamau Macharia as per the deceased father’s wish, and a multi-million estate left behind by S.K’s late son John Gichia Macharia who according to court documents had no relationship with the tycoon at the time of his death.

SK, who owns Royal Media Services (RMS), in the originating summons, asks the court to appoint him as guardian to Adam Kamau Gichia jointly with his mother Lisa Anyango Amenya, and appoint him solely as the guardian of the estate of his grandson.

John, who was the director and founder of the Triple A Finance, also owned three expensive Harley Davidson motorbikes, and had five bank accounts at Diamond Trust Bank, and three at Equity Bank.

“The child in this suit is 17 years old and therefore in need for a guardian to promote his welfare. The parents of the said Adam Kamau Gichia are the late John Gichia Macharia and Lisa Anyango Amenya; they were not married. The said minor’s father was a member of a group insurance policy taken with Jubilee Assurance Company and was a member of a pension fund. In both, he had named the said minor as the sole beneficiary. Following his death, the minor has become the owner of Sh314,992,768 under the group policy and Sh67,000,000 under the pension scheme. There is therefore a need for a guardian to receive the money and manage it for the benefit of the said minor,” the tycoon say in the suit.

The billionaire businessman says that as the grandfather of the minor, he is well placed to serve as the guardian of both the minor as a person jointly with the mother and also serve as a guardian to the minor’s estate.

The billionaire businessman says that as the grandfather of the minor, he is well placed to serve as the guardian of both the minor as a person jointly with the mother and also serve as a guardian to the minor’s estate.

“The appointment of the applicant will enhance the capacity to provide the welfare of the minor and also protect his estate both in the short and long run,” reads the suit.

Direct Line Assurance Company Ltd, in which John Gichia was an executive director, had taken a Group Life Assurance Policy with Jubilee Insurance Company Ltd covering all its directors and employees. The deceased was also a member of Zamara Retirement Fund pension scheme.

Gichia had named his son Adam Kamau Macharia as the beneficiary of both the life cover and pension scheme. Following his death Sh314,992,768 was paid to Direct Line Assurance Company Ltd while Zamara Retirement Fund paid out sixty-seven million shillings from the pension scheme.

Gichia died in an accident while driving along the Southern By Pass on the night of April 26th 2018.

Gichia was the executive director of Direct Line Assurance Company Ltd which the tycoon attempted to take over before the Insurance Regulatory Authority (IRA) Chief Executive Officer stepped in.

Although the mother, Lisa Anyango Amenya was not married to Gichia, she lived in one of his company-owned houses in the posh Kyuna Estate with her son.

Lisa and John had arranged for the minor to spend as much time as he wanted either in Kyuna Estate or Mugumo Estate where he lived, and later Kibarage Estate.

Macharia further avers that the minor regularly visited his Runda home and his grandmother’s Karen residence.

Macharia and his estranged first wife Serah Njeri Macharia, who is the mother to the deceased, in December 2018 made Miscellaneous Application No. 171 of 2018 (OS) at the High Court of Kenya at Nairobi for the Guardianship and Custody of Adam Kamau Gichia (AKG).

In his supporting affidavit filed at the High court by his lawyer Kamau Kuria & Company Advocates, SK Macharia admits that his son John and Lisa are Adam’s parents. He argues that his grandson was born out of wedlock and that until John died, the minor had two guardians, his two parents, who lived separately but in the same area.

“The respondent lived in Kyuna Estate on L.R No.209/7799 which is owned by my son’s company known as AKM Investments Ltd whilst my said late son lived in Mugumo Estate on L.R No. 7752/258 which is also registered in the name of the said AKM Investments Ltd. By the time of his death, my son had moved to from Mugumo estate to a newly constructed house in Kibarage Estate. However, this house has a huge loan that would deplete the estate of my late son if allowed to be retained,” Macharia says in his supporting affidavit.

By the time of his death, my son had moved to from Mugumo estate to a newly constructed house in Kibarage Estate. The house has a huge loan that would deplete the estate of my late son if allowed to be retained

According to the tycoon, after the death of his son, the mother of his grandchild moved from Kyuna estate to Kibarage estate where she resides with her son. He further avers that John’s death took away the direct contact of the minor with his grandparents, uncles, aunts and cousins from his life and there is need to re-establish that direct contact.

According to court documents, S.K seeks to obtain a grant representation in respect of the estate of his late son and prays that when he obtains it, the minor will have an estate  from the proceeds of life policy insurance payout and the father’s estate which according to the tycoon should be managed by the same person.

In an Affidavit of Justification of Proposed Administrator for the estate John Gichia Macharia, in Succession Cause No. 691 of 2018, the tycoon and his estranged wife Serah Njeri Macharia say that after payments of the just debts and taking into account all their liabilities in immovable and moveable assets in Kenya are worth at least Sh62 million.

Related Content:  He Saw It Coming And Cried In London Hospital, Why Bob Collymore’s Wife Wambui Kamiru Was His Greatest Pillar All Through

In a petition of letters of administration intestate filed at the High Court of Kenya, Nairobi on December 11th 2018, Macharia says they present the petition in their capacity as father and mother of the deceased and no one has either an equal or prior right to grant of representation.

However, in her replying affidavit drawn and filed through her lawyers W.G. Wambugu & Co Advocates on 8th February 2019, Lisa Anyango Amenya opposes the said application because it lacks merit and points out that the said minor is Adam Kamau Macharia and not Adam Kamau Gichia as referred to by the grandfather.

“The late John Gichia Macharia maintained the minor and myself and paid a majority of our expenses on a monthly basis. I vehemently oppose the said application and wish to state that the application lacks merit. I have lived with the minor in my house as the primary care giver and he was living with the deceased from the time to time over the last five years. I know of my own knowledge that I am capable of taking care of the minor’s interests as his mother and primary care giver,” Anyango’s affidavit reads in part.

She terms Macharia’s application as because he (Macharia) has already petitioned for grant of letters of administration of his late son’s estate. According to the court documents, Anyango admits that Macharia interacts with the minor as any grandchild would but has never resided with him and he has not demonstrated why he should be appointed as her sons’ guardian or how the appointment will impact the minor’s life.

Anyango insists that Macharia and his son had no relationship at all at the time of his death and reveals that a trust fund has already been created for the benefit of the minor.

The applicant and the deceased had no relationship at all at the time of the demise of the deceased. I know of my own knowledge that a trust fund has already been created for the benefit of the minor and in his best interests.