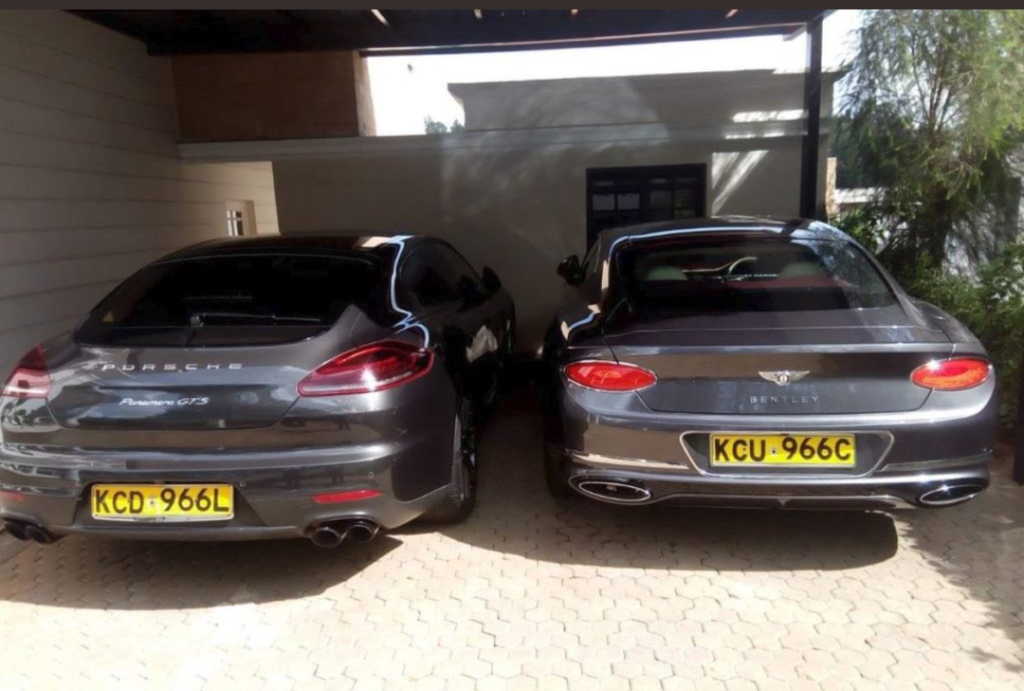 The Porsche and Bentley parked at Jared’s house before they were taken away by police.

The High Court has released a Sh30 million Porsche Panamera to a suspected fake gold trader, Jared Otieno, after the State lost the bid to attach the luxury car.

Justice John Onyiego asked the police to release the car to Mr Otieno, arguing there was no proof it was bought using proceeds of crime.

The judge said the high-end vehicle has been lying at the CID headquarters, wasting away due to vagaries of weather.

The Assets Recovery Agency (ARA) is preparing an appeal, arguing that the car will deteriorate in value and defeat the push to have it forfeited to the State. Mr Otieno is at the centre of a Directorate of Criminal Investigations (DCI) probe into a racket that conned a Dubai royal of Sh300 million while claiming to be able to sell him gold worth the millions.

Last year, he was charged with obtaining the Sh300 million from Sounthorn Chanthavong, a director of Simoung Group Company, claiming that he would sell him gold

The car was impounded last year alongside a custom-made 2018 Bentley Continental GT worth at least Sh47 million as detectives investigated the fake gold ring.

Justice Onyiego did not release the 2018 Bentley Continental GT, which the ARA wants its ownership transferred to the State.

The ARA failed to convince Justice Onyiego to reverse his decision to release the Porsche to Mr Otieno.

The judge directed the agency to appeal his decision in the Court of Appeal.

“The applicant should concentrate with the appeal and if necessary, obtain a further stay of execution orders there,” he said, adding that if the appeal succeeds, the vehicle will be repossessed. 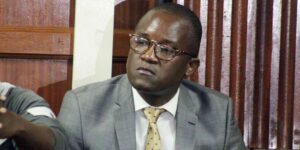 The agency said the appeal was arguable because if the vehicle is released, it will depreciate due to use, wear and tear, hence prejudicing the case. The release, the court heard, will render the application for forfeiture useless.

But Mr Otieno opposed stating that the court had already pronounced itself on the matter, hence has no jurisdiction to determine the case.

His lawyer Paul Muite said the vehicle was at greater risk of loss of utility and it should be released to Mr Otieno and the logbook retained in court and a monthly inspection report tabled in court.

The agency reckons that the vehicles were proceeds of crime because Mr Otieno, who is facing charges over fake gold claims, has no known source of income.

The ARA claimed he was part of an international syndicate which has been in existence since 2012, fraudulently obtaining from investors monies on the pretense that they have precious metals, including gold.

“The respondent has no source of legitimate income and has been filing nil returns with the Kenya Revenue Authority since 2014 to date, which is the period the said motor vehicles were acquired,” the application for preservation stated.

The application further stated that Mr Otieno had concealed the ownership of the Bentley by registering it under Yugni Holdings Ltd.

“Having held as above, it is my finding that the application herein is not merited and the same is dismissed with costs to the respondent (Otieno). The applicants are bound to release the motor vehicle to the respondent unless otherwise lawfully held or upon further orders of the Court of Appeal,” the Judge said.-BD.

Kenya Insights allows guest blogging, if you want to be published on Kenya’s most authoritative and accurate blog, have an expose, news TIPS, story angles, human interest stories, drop us an email on tips.kenyains[email protected] or via Telegram
Related Content:  Why Babu Owino Was Acquitted Of Attempted Murder
Related Topics:
Up Next

Obado And His Four Children To Be Detained Until Monday

Photos: Governor Obado And His Children Arraigned In Court