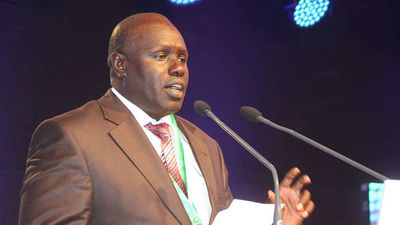 Going by the court documents filed by African Touch Safaris Limited, Langat flew around the country and abroad and in the process spent Sh8.1 million for both his business and personal trips.

“The aforementioned amounts have fallen and payable and remains due and outstanding from the defendants and despite demand having been made, the defendants have refused, neglected and or otherwise failed to pay the aforementioned sum or any part thereof,” court papers filed by Africa Touch lawyers, Nganywa and Kibet Partners LLP read in part.

He has been sued alongside his wife, children and companies.

However, in their joint reply, they argue there was no contract between them and the agent.

“At all material times relevant to this case, there existed no contractual relationship, legal or otherwise,” Langat responds, adding if there was any such a contract, the amount demanded is incorrect.

According to the travel agency, Dr Langat promised to pay top dollar and Kenya Shillings for sorting family and individual trips but he has not met his end of the bargain.

The fare being demanded from Langat accrued from 2018 to September 2019. Africa Touch argues Langat directed them to organise travel for his family and invoice him.

The firm narrates that following the instructions, it opened both dollar and Kenya shilling accounts for him. According to the court documents, he owes Africa Touch Sh3.8 million in dollars and Sh 1.9 million in the shillings account. The debt interest has accrued Sh5 million. 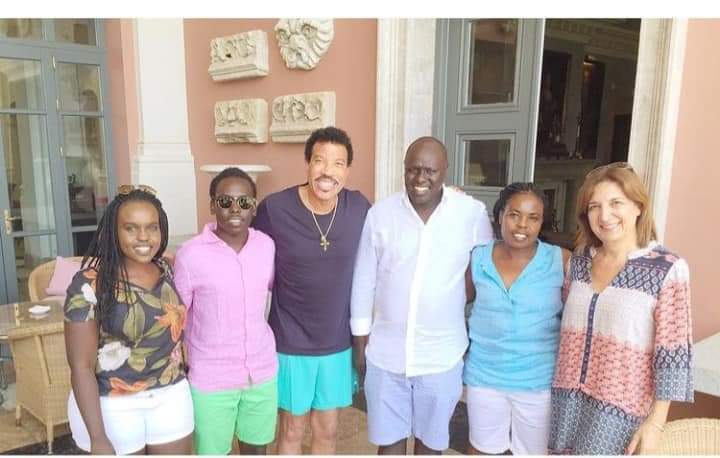 Langat and his family with musician Lionel Richie.

“The plaintiff avers that between July 23, 2018, and September 27, 2019, the first defendant (Langat) with the instructions of second (DL Group), second (Rift Valley Tea), third ( Ibera Tea) incurred expenditure amounting to Sh8.18 million inclusive of interest for travelling to various destinations,” the papers read.

According to court documents, his travel was mostly to Eldoret from Nairobi. Africa Touch is also pursuing Langat’s wife Hellen Jerobon Langat. According to the firm, she also signed a contract to manage her transport in July 2018.

She is alleged to have accrued Sh5.1 million between the date she signed the contract and June 2020. The firm insists that Jerobon has declined to foot her bills despite having travelled mostly to Eldoret, just like her husband.

The fare demanded from the nine involves travels around 2019.

According to the company, DL group agreed to foot their bills in February last year on a monthly basis and top up 2 per cent interest on the accrued amount.

In their reply, the Langats argue that the firm cannot claim money from a non-existent contract.

“The defendants state that the suit is bad in law, misconceived, discloses no reasonable cause against them, is scandalous, frivolous and abuse of the court process,” the reply reads in part.

They want the court to dismiss the case and compel the travel agency to pay costs. All the cases have been filed before Milimani Magistrate’s Commercial Court. 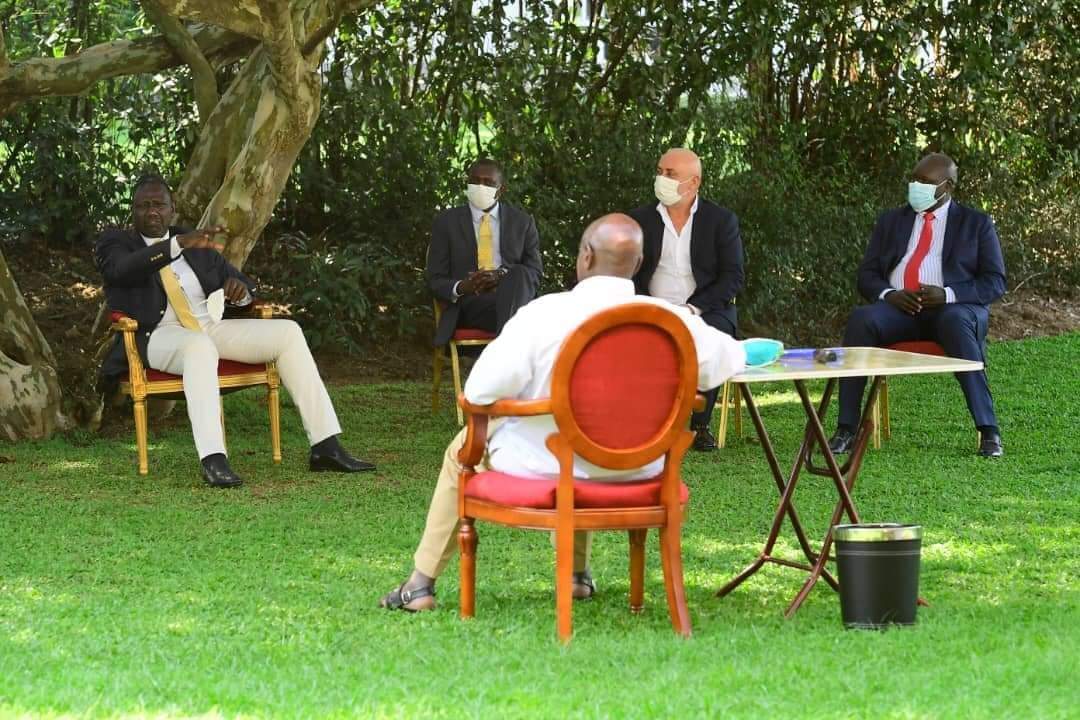 Things seem not to be going well for the Rift Valley’s powerbroker, last year Moi’s affiliated Transnational Bank attached a parcel of land they used as security for a disputed Sh134 million loan.

In a law battle, Langat’s Koima Developers Ltd and Koisagat Tea Estate Ltd fought for the bank to be restrained from issuing or advancing adverse notices to any licensed credit reference bureau (CRB) in regard to the contested debt and arrears purported to have accrued from it. The bank was pursuing a Sh134M which the firms objected to as being bloated.

Mr Langat has often kept off the public limelight.

But media reports in the past cast him as a key campaign financier to many of current and former Rift Valley politicians.

He is one of the deep pocketed individuals known to rally strongly behind the quest for Deputy President William Ruto to succeed President Uhuru Kenyatta as the country’s fifth leader.

Related Content:  KenGen Finally Pays Photographer After Five Years Of Tussle
Kenya Insights allows guest blogging, if you want to be published on Kenya’s most authoritative and accurate blog, have an expose, news TIPS, story angles, human interest stories, drop us an email on [email protected] or via Telegram
Related Topics:David LangatWilliam Ruto
Up Next